As reported today by Global Meat News, Silicon Valley’s food tech startup, Hampton Creek has been revealed to be in talks with some of the world’s largest meat firms.

Hampton Creek’s CEO, Josh Tetrick is apparently toying with the idea of licensing their lab-meat technology to at least one of the 10 meat companies he is in discussion with, with the aim to ‘bring industrialized production efficiency to lab-grown meat’.

If a deal goes through, the plan is to allow the meat firm(s) to utilize Hampton Creek’s technology, meaning that they will be granted the ability to cultivate their very own engineered meat as a form of more sustainable food production. 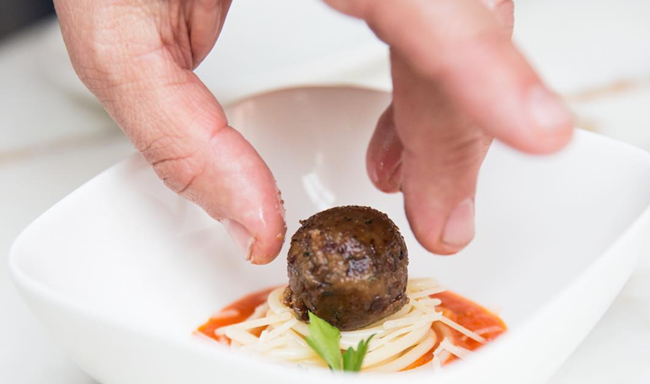 Negotiations are still in early days, however the very notion that commercial meat companies are interested in moving their business in this direction is not something to be taken lightly, and could potentially be the beginning of a huge shift in direction for public meat consumption. Moreover, this is not the first time commercial meat companies have shown an interest in alternative food production – Meat giants, Tyson Foods have already invested in plant-based company, Beyond Meat.

According to the article by Global Meat News, the economic relationship would transpire in Hampton Creek offering the meat firm(s) commercial product licenses in exchange for royalties and upfront fees upon hitting pre-agreed targets.

To clarify, GMN say that “[The] decision to tap up global meat companies is simple: it needs to radically scale up efficient production if it is to have a marked impact on driving meaningful change in how meat is made.”

Josh Tetrick is quoted to say “Ultimately anything we do in this space is irrelevant if we cannot make is as, if not more, affordable than the core categories of conventional meat today – it’s a waste of our time”

Tetrick explains that he doesn’t buy into the idea that conscious consumerism will be a the key driver for a “fundamental transformation”, and believes that change on this scale is in the availability of tastier, more affordable food.

Unable to yet reveal the names of the companies he is in negotiations with, Josh suggests that many people will already be familiar with them and reveals that firmer details are expected within the next 12 months. This is also when we should expect the first lab-grown meat products to hit the US market.

“This is exactly what we think the path is to enable folks to eat in a better way”. Tetrick believes that this venture “cannot be successful without the meat industry”