A new study has found that people are less likely to have meat cravings when shown photographs of baby animals. And women are more receptive to this effect than men.

Psychologists at Lancaster University and the University College of London conducted the research to determine the effectiveness of “cute” baby animals being used in animal rights campaigns.

Both men and women study participants were shown various images of meat dishes, each followed by a photograph of either an adult or baby animal. When the participants were told that the meat dish came from that animal, they were asked to rate their desire for the food. Although there was little change in appetite when exposed to adult animals, participants were significantly affected when the meat was paired with a baby animal, including calves, joeys (baby kangaroos), piglets, and lambs. 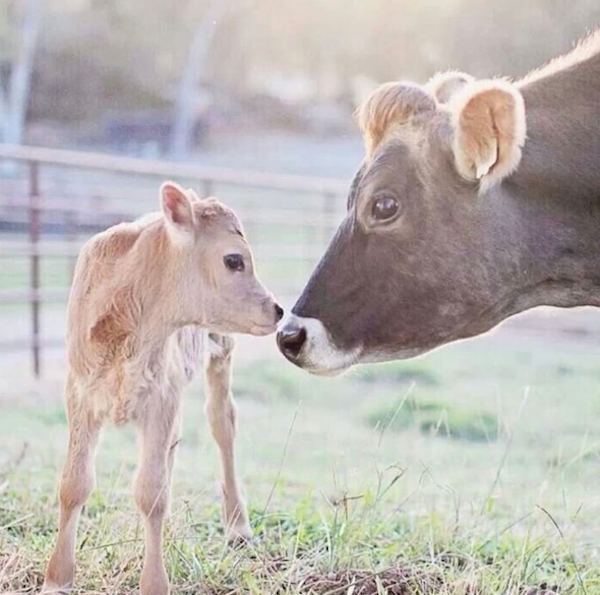 The study claimed, “We found that both men and women find baby farmed animals to be cute and vulnerable, and experience feelings of tenderness and warmth towards them.” However, women reported an increased reduction of desire for meat than men.

“Feeling tenderness towards a baby animal appears to be an oppositional force on appetite for meat for many people, especially women,” researchers stated.

Dr. Jared Piazza, one of the key researchers, explained, “Our findings may reflect women’s greater emotional attunement towards babies and, by extension, their tendency to empathize more with baby animals.” He continued, “Also, meat is associated with masculinity and images of tough men who consume meat for muscle building protein, along with prehistoric ideas of the male as hunter. Women have a much more ambivalent attitude towards meat and their identity is not bound up with it in the same way.”

To conclude, Dr. Piazza confirmed that animal advocacy campaigns were on target by depicting images of baby animals in their literature.

The data also supports the larger cultural and psychological juxtaposition many people face – most people love animals, or at least certain species, yet continue to eat meat. The study affirmed, “Our results highlight a tension within some omnivores between caring for baby animals and appetite for meat.”

Image Credit: Theedora and We Are One Co.