The increased consumption of meat laden with growth hormones may be the reason for a growing number of cases of breast cancer, according to breast surgeon to the stars, Kristi Funk. The Beverly Hills-based doctor is leading the way in breast cancer treatment, and an A-list roster of clients including Angelina Jolie, Sheryl Crow, and Ellen Pompeo have taken her advice on nutrition and the benefits of a vegan diet in cancer prevention.

While cancer research organizations say links between an increased risk of certain types of cancer and diet are still “inconclusive and inconsistent,” Funk firmly believes the medical establishment is not moving fast enough to acknowledge that there is indeed a connection, particularly when it comes to the consumption of animal products. 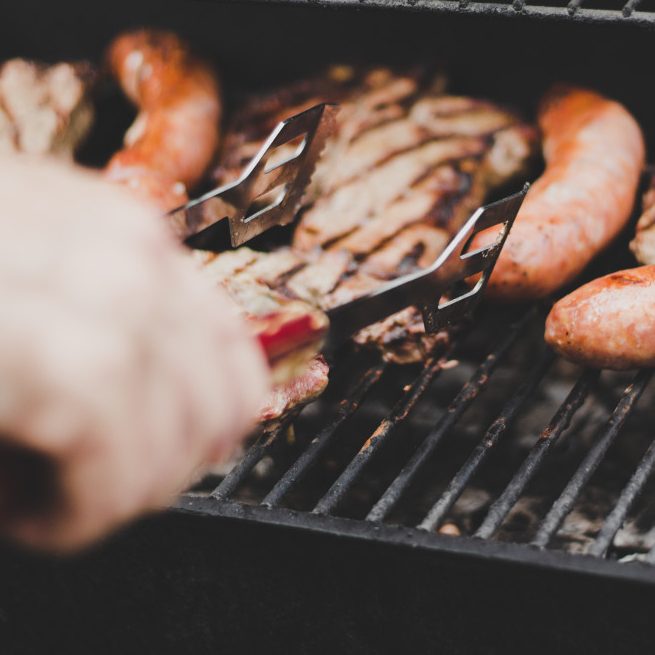 “If you had asked me this question a little over a year ago I would have ranked everything the same, but put diet somewhere around fourth,” she told the Sunday Times. “Even after 17 years of being a laser-focus breast cancer surgeon, I had no idea. But when I delved into the literature regarding food, I was literally shocked. It is crystal clear that the body’s cellular response to animal protein and fat is nothing but dangerous.”

Funk says processed meat, in particular, sausage, bacon, and ham, are known carcinogens already, so why aren’t we making the connection? “[T]he everything-in-moderation mantra rubs me up the wrong way . . . Why consume cancer-causing meats in moderation? So that maybe I can remove a moderate part of your breast?”

Doctors aren’t necessarily to blame though, says Funk. That’s due in part to the lack of nutrition training in medical school; many just don’t understand nutrition’s connection to cancer and don’t have the time to educate themselves on it once out of school. Funk herself may not have learned about diet’s connection had she not been asked to write a book.

The book,  “Breasts, An Owner’s Manual,” which was released earlier this year, forced Funk to immerse herself in the latest research that opened her eyes to the connection between meat and cancer. “I felt betrayed by my own medical education,” she told the Times.

Despite the apparent connections between breast cancer and meat intake, the studies proving a vegan diet decreases the risk are few and far between. That’s due in part to the historically low population number of vegans in Western countries. But the Times notes one study, the Adventist Health Study, showed a 44 percent decrease in breast cancer rates as compared with meat-eaters. “Vegan diet seems to confer lower risk for . . . female-specific cancer than other dietary patterns,” the researchers wrote in the journal Cancer Epidemiology.

After a visit with Funk, “Grey’s Anatomy” star Ellen Pompeo not only made the switch to a vegan diet herself but also encouraged her husband and children to do the same.

What Should You Eat to Prevent Breast Cancer? 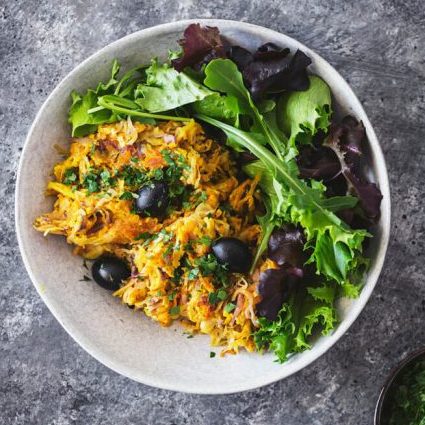 According to Funk, as much as 90 percent of the disease risk factor is diet and lifestyle related. She says diet tops the list (followed by obesity, alcohol, exercise, hormone replacement therapy, and stress).

“It is crystal clear that the body’s cellular response to animal protein and fat is nothing but dangerous,” she says.

Vegetables are the key go-to food, according to Funk. They should be included in every meal. She also recommends olive oil as a study found it reduced the breast cancer risk by 68 percent. Green tea, which has been touted for years as an anti-cancer agent also gets a nod from Funk. She also recommends omega-3 rich flaxseeds.  “Those eating one teaspoon a day of ground flaxseed for a year showed, in a biopsy on their breasts, a reduction of biomarkers for cancer of 80 per cent,” the Times notes.

Funk also says that while some evidence shows no correlation between dairy and breast cancer, she’s not a fan.

“If I had a big salad I used to dump a bunch of feta on top. My breakfast was a big plop of Greek yoghurt. I thought that was healthy,” Funk says. “But I became so overwhelmed by the rock-solid evidence that my three sons, my husband and I all became 100 per cent vegan and never looked back.”