Researchers from the University of Mauritius released new findings at the ASM Microbe 2018 conference that suggests vegans and vegetarians are less likely to get food poisoning than people who eat meat.

The study looked at how factors such as family size, typical diet, and kitchen towel usage by type and frequency impacted the growth of bacteria as a precursor to food poisoning. The researchers found that pathogen growth on dirty kitchen towels increased by the size of the family. They also found that bacteria type and rate of growth is interlinked with diet, specifically, the presence of meat.

The analysis of 100 kitchen towels after a month of use revealed the presence of coliform (Escherichia coli or E. coli) was greater in towels kept in warm, damp conditions – where bacteria populations flourish. It also said towels used for multiple purposes were of higher risk. 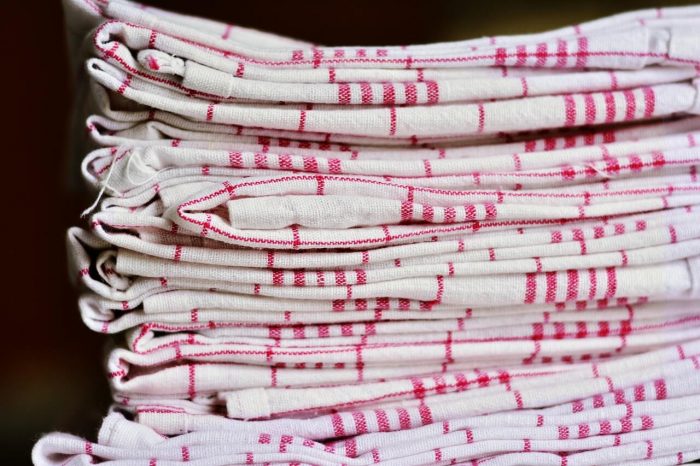 Further, the study found that the bacteria coliform and S. aureus were drastically more prevalent in the towels of meat-eating families, meaning those who eschew meat from the diet, such as vegetarians and vegans, are exposed to fewer bacteria.

“The data indicated that unhygienic practices while handling non-vegetarian food could be common in the kitchen,” Susheela D. Biranjia-Hurdoyal, the study’s lead author, told Deccan Chronicle. “Our study demonstrates that the family composition and hygienic practices in the kitchen affected the microbial load of kitchen towels. We also found that diet, type of use and moist kitchen towels could be very important in promoting the growth of potential pathogens responsible for food poisoning.”

Bacteria strains transferred to towels aren’t the only health risk that eating meat poses. It has been said that animal agriculture fuels a fast-growing “superbug” epidemic evoked by the overuse of antibiotics in livestock feed. These practices allow for bacteria, such as salmonella and E. coli (found in all meat products), to develop a resistance to antibiotics. When ingested, humans can develop a second-hand resistance to antibiotic use, complicating medical treatment for even minor infections.