Some meat production facilities are finding it difficult to stay open amid low worker retention and other issues, according to the Iowa-based agricultural newspaper, Wallaces Farmer.

The struggle to retain workers in meat processing facilities can be attributed to a number of factors, including low unemployment rates, the opening of new factories, and a “shrinking pool of available labor.” Experts predict that the inability to attract new workers may lead to an “over-supply” of live animals this fall.

“At the moment, the pork industry is seeing a tighter supply of workers in its processing sector. This reflects not only very low national unemployment rates but also the recent addition of four new slaughter plants in relatively rural areas with even tighter labor supplies,” said Christine McCracken, animal protein analyst at RaboResearch.

The information is old news when it comes to the meat industry’s employee track record. Despite hiring workers by the thousands, a January 2005 report released by the Government Accountability Office (GAO) shows that the industry has experienced inexorably high turnover rates for years, with some worksites experiencing a more than a 100 percent labor turnover. There are currently more than 77,000 people employed by slaughterhouses and meatpackers in the U.S. 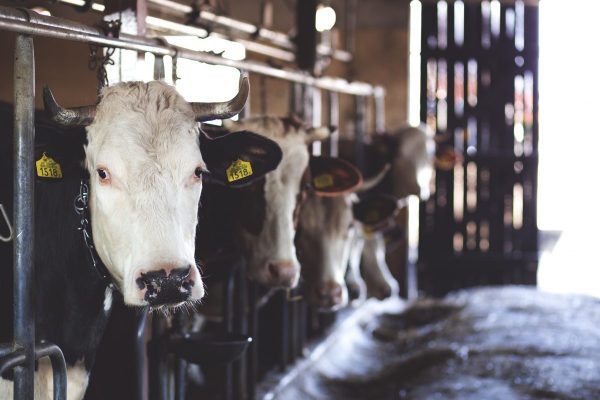 Reasons detailed in the report range from poor safety standards that compromise employee safety, the mentally taxing nature of the work, and reliance on immigrant workers who return to their home countries, sometimes against their wishes. Last April, the largest known ICE raid exposed many slaughterhouses that had knowingly hired, and in some cases, trafficked, new employees with the promise of steady income.

“Industries like meatpacking—as well as dairy farming, produce harvesting, and industrial canning—rely heavily on undocumented immigrant labor,” noted Vice. “The Department of Labor officially puts the number of undocumented farmworkers at 46 percent, but industry experts and labor advocates estimate that the number is much, much higher—possibly closer to 70 percent.”

“As packers compete for the same workers, we have seen turnover increase by as much as 50% in the past year,” McCracken explained. “We expect the pork industry to suffer first, but the broiler industry will soon follow. With as many as nine new plants and plant expansions underway that will require even more workers in the upcoming 18-24 months, we anticipate turnover and recruitment challenges that will stress the broiler market.”

Longterm solutions suggested by RaboResearch include automation, opening facilities in locations with “more abundant labor pools,” and offering more attractive employee benefits. However, as food tech and consumer preferences evolve, new industries may eventually be poised to offer more jobs. California-based vegan meat brand Beyond Meat was able to triple production after the opening of its newest facility in Missouri, creating hundreds of new jobs in the process. Impossible Foods announced earlier this summer that it is looking to double production at its Oakland facility, generating the need for new hires. Though the vegan food industry is still small compared to the behemoth that is factory farming, increased interest in eating plant-based will inevitably lead to the creation of new jobs.