David Bechkam loves a filthy vegan burger. The retired footballer and his wife Victoria Beckham dined at new London-based restaurant Filth (stylised as “F!lth”), which specialises in “fast food without the junk,” and were blown away by their meal.

Hello Magazine reports that both Beckhams shared their meals via their Instagram Stories on Saturday evening. It appears that David opted for a cup of crinkle-cut chips and the “Seoul Burger,” which features a “Signature Pure Filth Patty” with vegan kimchi, bulgogi sauce, gochujang aioli, lettuce, fried onion, pickles, and dairy-free American beer cheese. 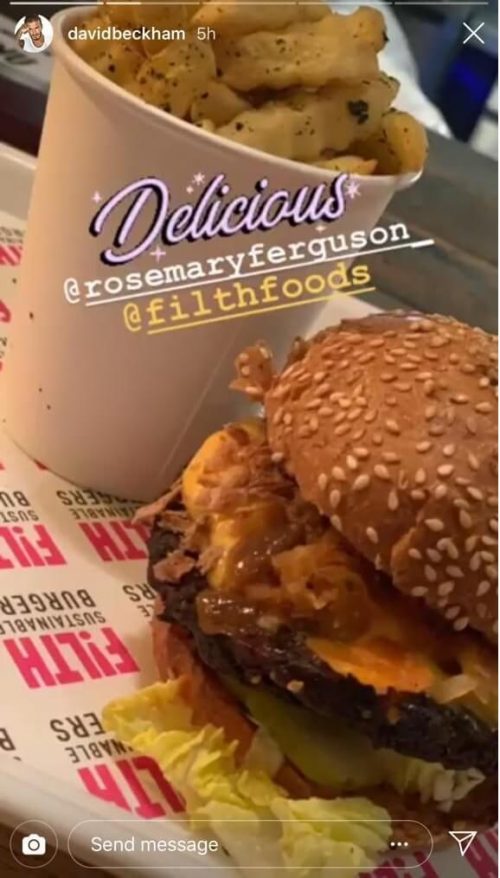 The 43-year-old is a known lover of fine dining, particularly steak and Korean BBQ, but he deemed Filth’s vegan fast-food “delicious” and “insane” in his Instagram Story. In her own Story, Victoria asked, “So will the Beckhams become vegan???” 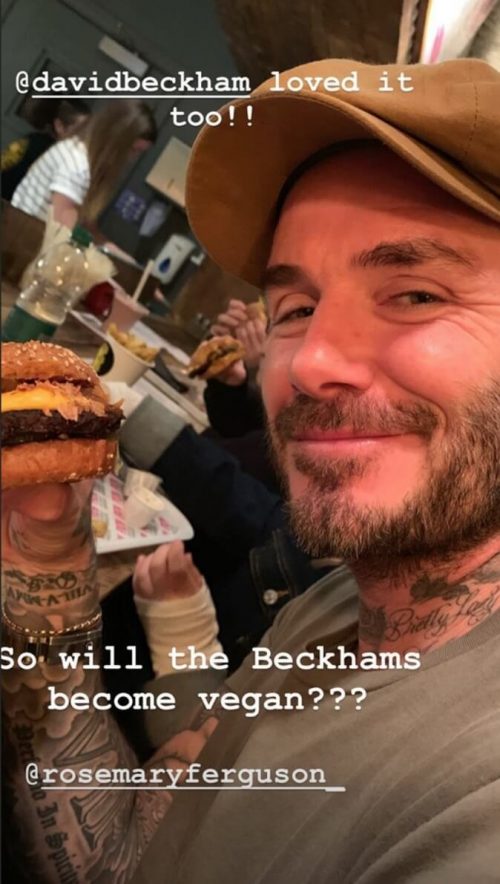 “After years of secret development we’ve achieved a pure miracle,” Ferguson wrote prior the opening. “Fast-food without the junk!  Come get the F!LTH burger — it tastes as filthy as an old-fashioned cheese-burger, but it’s plant-based all the way! Join our revolution – you will save yourself and the universe – whilst eating a properly delicious burger.”

She added, “We only use sustainably sourced produce. It’s completely planet friendly.”

So far, the vegan fast-food joint appears to be a hit with London. Following the Beckham’s visit, Erkskine took to Instagram to announce that F!lth had sold out hours before its closing time. 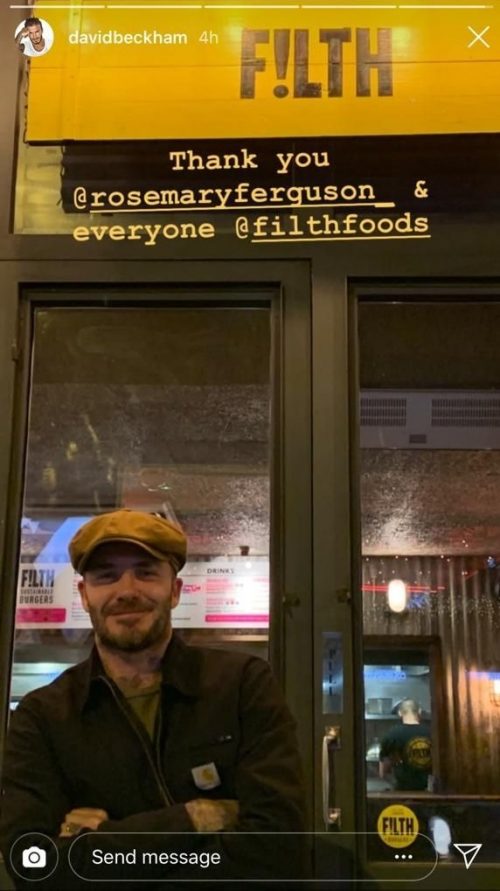 The Rise of the Vegan Athlete

While the Beckhams have only hinted at a lifestyle change, many top athletes are embracing a plant-based diet. Members of the Forest Green Rovers, the world’s first vegan football team, all eschew animal products when at their home stadium. Five-time Formula One champ Lewis Hamilton swears by how his vegan diet has improved his health.

At least 15 members of the American football team, the Tennessee Titans, have adopted a vegan diet thanks to linebacker Derrick Morgan’s wife, chef Charity Morgan. And director James Cameron’s upcoming documentary, “The Game Changers,” aims to tear down the myth that you need meat to get enough protein to be a top athlete.