Meat substitutes are useful when transitioning to a veggie or vegan diet, says the director of clinical research, Hana Kahleova, for the Physician’s Committee of Responsible Medicine (PCRM).

Quorn Foods, Linda McCartney, Oumph!, Impossible Foods, Tofurky, and Beyond Meat, are just some of the vegan meat companies currently on the market, and their existence makes the transition much more doable when someone is looking to cut their meat consumption down, or all together, Kahleova believes.

“Processed plant-based foods like veggie sausage, bacon or vegan cheese can be useful for some to use as transition foods, because they provide the taste of animal products people are accustomed to consuming, with fewer health risks,” Kahleova told Food Navigator. “While they may not be as healthful as whole plant foods, they’re often much lower in cholesterol, fat, and saturated fat than animal-based foods.”

Across the world, as people are becoming more tuned into animal welfare and environmental issues, as well as the health concerns associated with consuming traditional meat, the vegan meat market is booming. In Canada, recent data confirmed over half of citizens eat plant-based meats, and one in five say they eat it a few times a week. “Consumers increasingly want more flexibility in their diet. Limiting meat consumption is one form of flexibility,” said Joel Gregoire, Associate Director at Mintel’s Canada Food and Drink Reports. 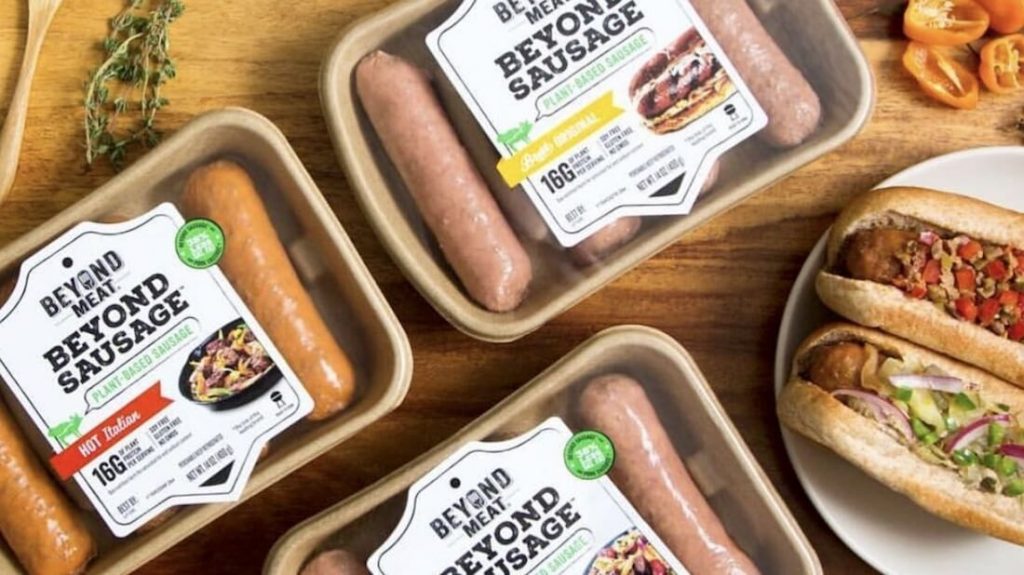 A report in April even noted that vegan meat has now become mainstream. The convenience and affordability of these products are, in part, the reason behind their surge in popularity.

“We’ve gone on a journey with Quorn Foods, originally advertising the food to niche audiences such as vegetarians and sportspeople,” said Dr. Geoff Bryant, the technical and engineering director at Quorn Foods, in a conference. “Now we’ve moved into a more mainstream category due to the fact that it’s convenient and affordable.”

However, Kahleova believes that not everyone who transitions to a vegan or veggie diet will desire meat substitutes forever. “Often, as people experiment more with plant-based foods, their taste buds change,” she noted. “They rely less on these processed foods and more on whole plant foods. There are also many great plant-based replacements made from healthful, whole foods, for example, veggie burgers made with beans, rice, and vegetables.”