A new impact analysis report highlights the substantially positive impact that eating vegetarian just one day a week has on the planet and farmed animals.

The report was released by the Humane Society of the United States’ (HSUS) Harvard fellow, Dr. Helen Harwatton. She is an award-winning researcher and scientific author who specializes in planetary health, centering most of her work on analyzing the environmental impact of animal agriculture compared to plant-protein. The new report looks at the Meatless Monday program implemented in K-12 schools across the nation, among similar initiatives. 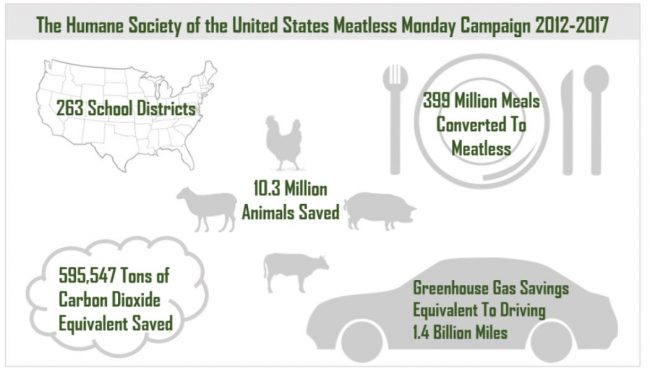 Between 2012 and 2017, the Meatless Monday program was offered in 263 school districts. During that time period, 399 million meals that would have included meat became vegetarian; vegan meals without dairy and eggs were not taken into account so the data does not reflect the substantiality of savings both vegetarian and vegan meals would have. The equivalent of more than ten million animals and over half-a-million tons of carbon dioxide were saved. Additionally, greenhouse gas savings were equivalent to driving fuel-powered vehicles across 1.4 billion miles.

Notably, the report saw a significant rise in the accumulation animals saved per year over the half-decade. Likely, this can be accredited to a growing interest in animal welfare issues, climate change, and the rising obesity epidemic.

The researcher team calculated the average amount of meat in meals by using USDA import and export statistics to determine the number of land animals eaten as meat in the nation per year; the total came out to eight million. This figure was then divided by the U.S. population, with the population of vegans, vegetarians, flexitarians, and Meatless Monday participants. Assuming the flexitarians ate meat-free for half of each week and Meatless Monday participants ate vegetarian once a week, the data revealed the number of meat-inclusive meals in the U.S. per year. 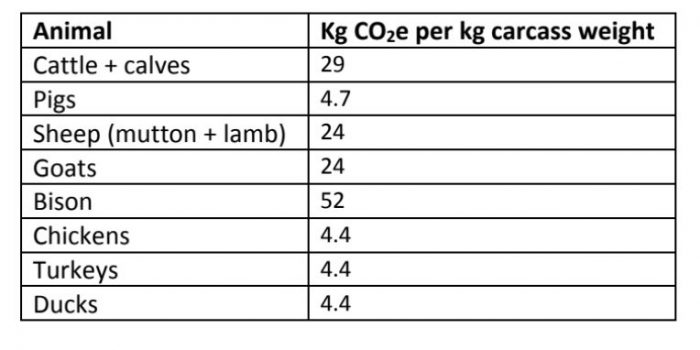 The determined figure of animals saved with every meal was applied to the total number of vegetarian meals. Further, to calculate the culmination of greenhouse gas savings, the pre-determined number of animals saved was converted to carcass weight of livestock and multiplied by GHG emissions factors.

In addition to saving animals and the environment, plant-based diets have a profound positive impact on world hunger and health. A recent report found the food industry could feed significantly more people with plant-based crops than livestock. And in April, Harvard scientists concluded that at least one-third of premature deaths could be prevented by shifting to a plant-based diet.