Michelin Star restaurateur, Jason Atherton, who is a former chef at a restaurant by renowned chef Gordon Ramsay, has said he no longer resents vegans and pushes other chefs to embrace plant-based cuisine.

In an interview with The Independent, the entrepreneurial chef and proprietor, who has opened a cool 17 restaurants in seven years, discussed work-life balance, his education, his childhood prior to achieving success, and the rising demand for vegan food at eateries.

A more conventional foodie, Atherton commented that when an affinity for plant-based food rose among consumers and his restaurant customers, he was conflicted. “[W]e’d have to try to come up with a dish for them [vegans], and so we blamed the vegan [at first]. We felt they should have phoned in advance. Then I realised it’s not their fault [that restaurant lacked plant-based options]. So we started inventing dishes, and now we have a tasting menu,” he explained.

Now, the chef promotes that others in his acclaimed profession should follow suit and shift their mindset. “The more people mock it [veganism], the more they’re excluding themselves from a growing society demanding vegan food. Chefs need to be more accepting, and if they’re not, they’ll be forced to. If restaurants don’t cook for customers, they won’t go back,” he added.

It is likely that even vegan actor Benedict Cumberbatch approves, as he was pictured with the chef at a city social launch. 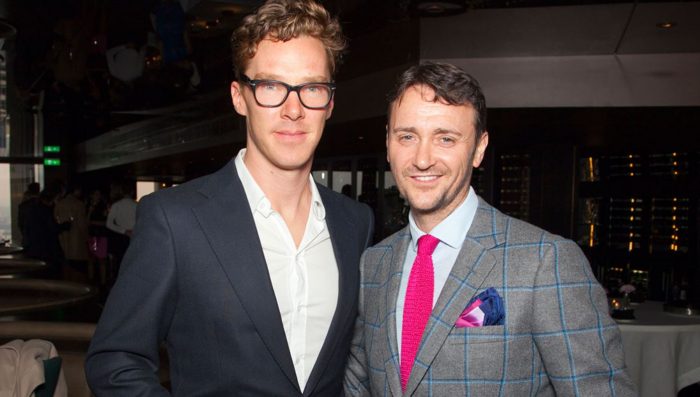 Ramsay, whom Atherton previously worked with, is also displaying an interest in veganism. While Atherton revamped his menus to include more plant-based options, Ramsay’s latest London restaurant, Street Pizza, recently began serving up a bottomless vegan option. The news broke shortly after the television personality told Twitter followers he was “[g]oing to give this whole #vegan thing a try.”

The acclaimed chefs aren’t the only ones stirring up positive energy in the vegan movement; other Michelin-starred restaurants are also embracing animal-free food. Recently, Michelin-starred London restaurant Benares launched a new predominantly plant-based menu. Earlier this year, Noma, a two Michelin star and four-time winner of the “best restaurant in the world” title reopened with a focus on seasonal, vegan-friendly food.

And for aspiring chefs, Atherton said success is determined by motivation. He said, “You should want to be a cook because you love food, not fame. Some people get into it just for the fame. But if they come to work for me, then they soon realise it’s not for them.”