Vegan superstar, Miley Cyrus, made an exciting announcement on social media yesterday. The star is pairing with well-known footwear brand, Converse, to bring fans her very own range.

Miley gave Instagram followers a sneak preview of what’s to come after receiving the first samples for her new footwear line. The theme appears to be pink, black and a whole lot of glitter and already Miley is absolutely obsessed with them. 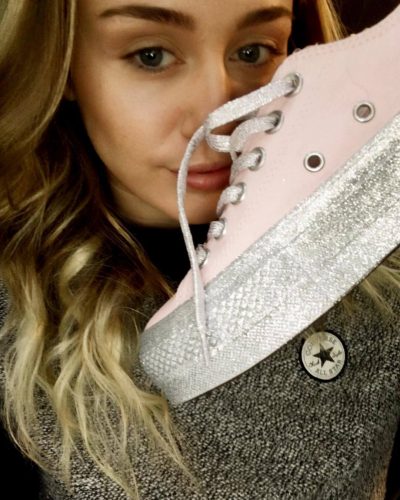 ‘I’m in loooooooooooooooove!!!!!!!!!’ she said after revealing the bubblegum pink glitter stax. Adding ‘They r even cuter in person BTW!’

She revealed four different designs, although it’s not clear whether these four will make the final cut or indeed if they’ll be the only options she’s offering.

As founder of The Happy Hippie Foundation, a pro-LGBT youth organisation, Miley proudly hashtagged her last picture with #UNISEX, proving that her shoes are for everyone. 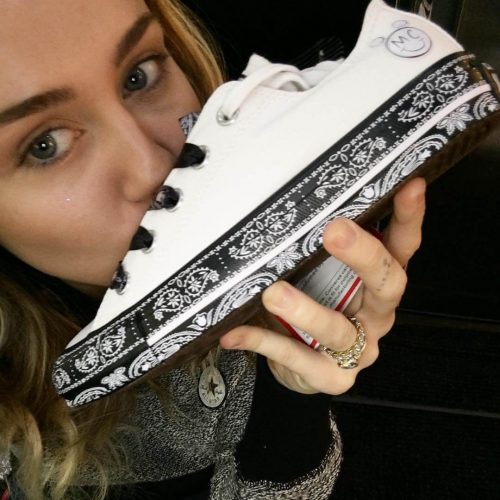 Miley hasn’t explicitly stated whether the converse line will be vegan, but it’s safe to assume this vegan queen wouldn’t let her ‘MC’ logo appear on the shoe if they weren’t.

Converse are no strangers to partnerships with vegan celebrities, having previously joined forces with pro skater Kenny Anderson for a completely vegan line.