American basketball star Rebekkah Brunson believes it is a vegan diet that has allowed her to enjoy such a long career spanning 15 years.

Brunson, who plays for the Minnesota Lynx, told Pioneer Press, “I feel great and I’m sure that’s attributed to some of [the] things that I put into my body. You just feel better eating the right things.” She later added, “If more of us looked at what we’re eating, we’d start to understand why it’s that way.”

“You know, a lot of my teammates will tell me they’re dealing with things like inflammation and things like that. They will be like ‘Oh, it just swelled up.’ I’m like, ‘No. That didn’t just miraculously happen.’ It’s about what we’re putting into our bodies,” she said.

However, it’s not all about health for Brunson – it’s also about causing minimal harm to the animals. The sporting star claims her initial decision to turn vegetarian was, in fact, motivated by ethical reasons. “I started as a vegetarian and a lot of that had to do with the cycle of life,” she explained. “If I could survive without causing harm to anything else then I wanted to do that. Then I switched to being a vegan because the more I learned about food…I just decided that I can get everything I needed without eating anything that had anything to do with animals in general.” 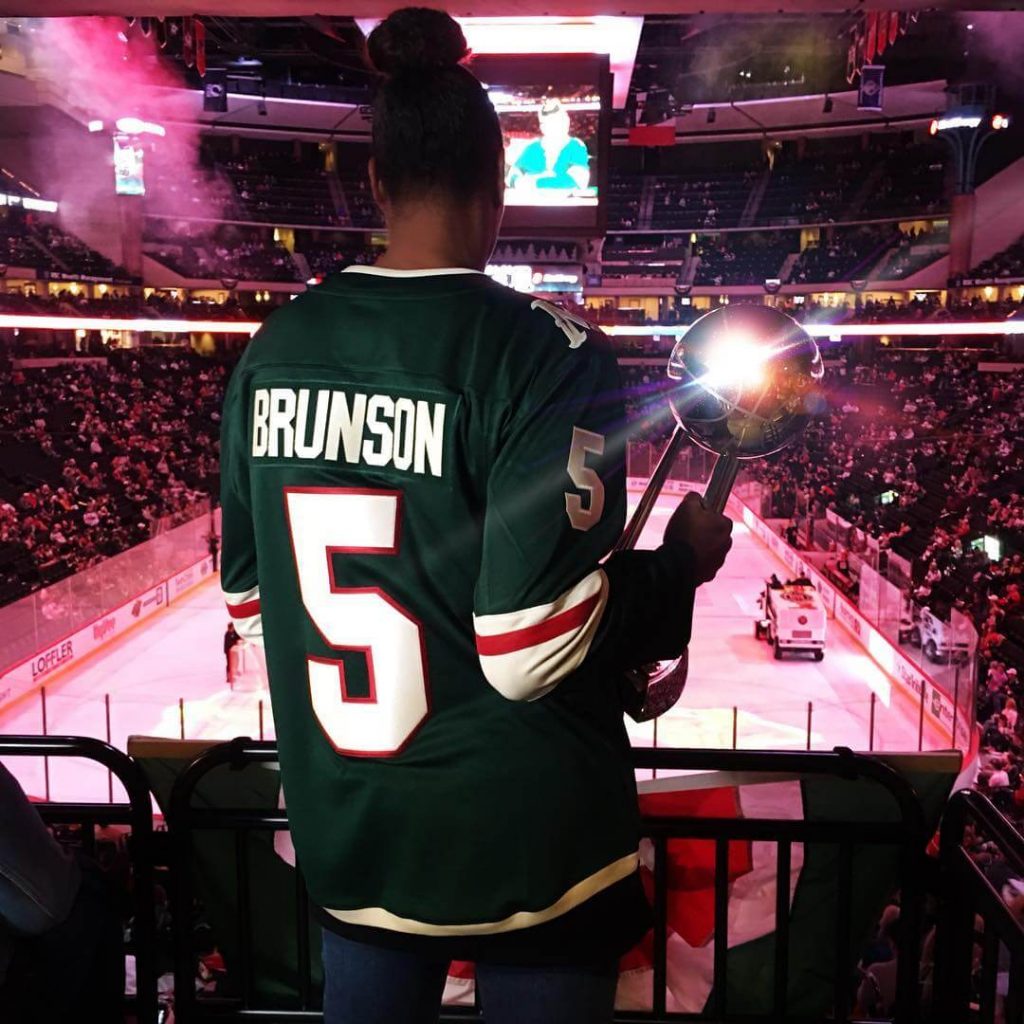 The basketball player is also keen to change the stigma around veganism, she claims that once people discover her lifestyle, ” they want to throw me a block of tofu or something.”  She’s keen for others to understand that you can eat healthy, tasty food whilst following a vegan diet. “You can get good food,” she notes, “I like good food. I like to eat well. And I still can.”

Brunson is not the only successful athlete to credit a plant-based diet for sporting success. In January, footballer Jermaine Defoe encouraged young fans to consider making the switch to plant-based if they want to enjoy a long and healthy career. “If you can do what I am doing, and think about what you are eating, then they could play into their late 30’s and early 40’s,” he told the Daily Mail.