The rap represents those who choose eating veggies over animals at Thanksgiving, by Grey who freestyles from the comfort of his van. This funny yet powerful clip now exceeds 20 million views.

Grey is set to receive this prestigious award this weekend at Sublime Restaurant and Bar, a gourmet vegan eatery in South Florida, America.

Not only has ‘Vegan Thanksgiving’ seen Grey recognized for his lyrical genius by animal rights organization PETA, he has also been invited to an outdoor music festival in Europe next year and has been welcomed by fellow vegans within the music and performing arts industry.

Now an internet sensation, Grey’s Vegan Thanksgiving encourages viewers to fuel up with “beans, greens, potatoes, and tomatoes” for the holiday period, over traditional animal products.

Ingrid Newkirk, president of PETA said, “From his massively popular video to his cool cruelty-free fashion label, Plant Based Drippin, Grey uses his talents to inspire others to eat and wear vegan.” This plant-strong celebrity has also launched a clothing store, with merchandise based on his song Vegan Thanksgiving. 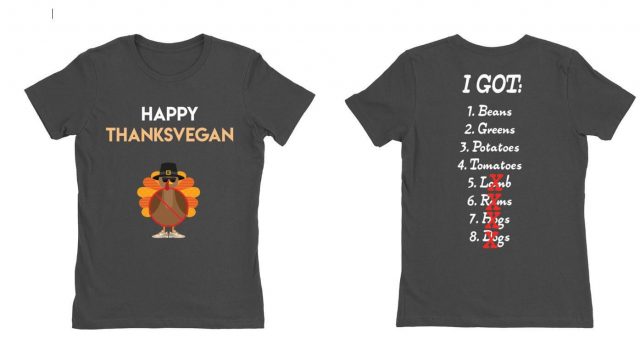 Adding, “PETA is excited to recognize this inspiring rapper for his work for animals at another national award winner, Sublime Restaurant.”

While Grey’s most recent song isn’t specifically about animal rights, the fame he gained has likely been a factor in the success of his latest track – Missed Calls.