The Homestyle Plain Vegan Cream Cheese is said to have a rich flavor, much like what consumers would expect from a traditional cream cheese. This is achieved by using coconut cream and cashews that undergo a natural fermentation process with bacterial cultures.

Miyoko’s Kitchen was founded in 2014 by chef Miyoko Schinner, who was an ethically-minded vegan long before she founded the company. The selection of vegan dairy-alternatives use nuts as a base paired with the traditional French cheese-making methods and plant based ingredients, helping Miyoko’s Kitchen build quite a name in just a few short years. 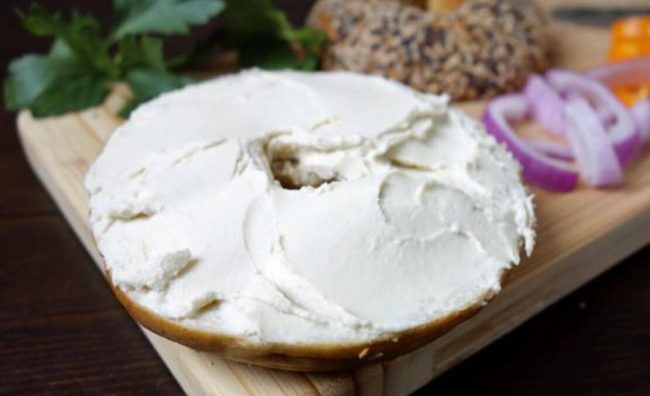 The kind-hearted company also donate 1% of all profits to animal rights charities and vegan non-profit organisations.

In February this year, this vegan company received $6 million of funding, to help grow the business – not a year later and they have done just that. Miyoko’s Kitchen purchased a larger cheese-manufacturing location, that happens to be situated alongside Cowgirl Creamery, a dairy-based cheese company in Northern California. The new factory allows for production up to thirty times greater than current turnover.

Vegan cheese aficionados and those trying Veganuary can get their hands on this new spreadable Philadelphia-style vegan cream cheese soon after the New Year begins. A limited-edition, beta version is available for online-exclusive purchase.