Canadians are more than twice as likely to say that cetaceans (whales, dolphins, and porpoises) should be banned from captivity, than to say the practice should continue, according to a new study by the forum, Angus Reid.

In Ontario, where Marineland is located, a theme park similar to SeaWorld in the US, the number of people who oppose the captivity of marine animals is even higher; Ontario citizens are three-times as likely to say it should be banned.

In some places in Canada, the activism of those who oppose marine mammal captivity is paying off. At the beginning of the year, the Vancouver Aquarium revealed its decision to no longer keep dolphins and whales. The aquarium made the move in response to pressure from animal rights protestors and campaigners. In this region, two out of five residents believe the captivity of marine mammals should be banned.

“We absolutely believe in the value of whales and dolphins in engaging people. But you also have to be realistic, and it has gotten to the point where the debate in the community, with the lawyers, with the politicians…is debilitating out work on our mission,” said CEO John Nightingale in a statement in January. 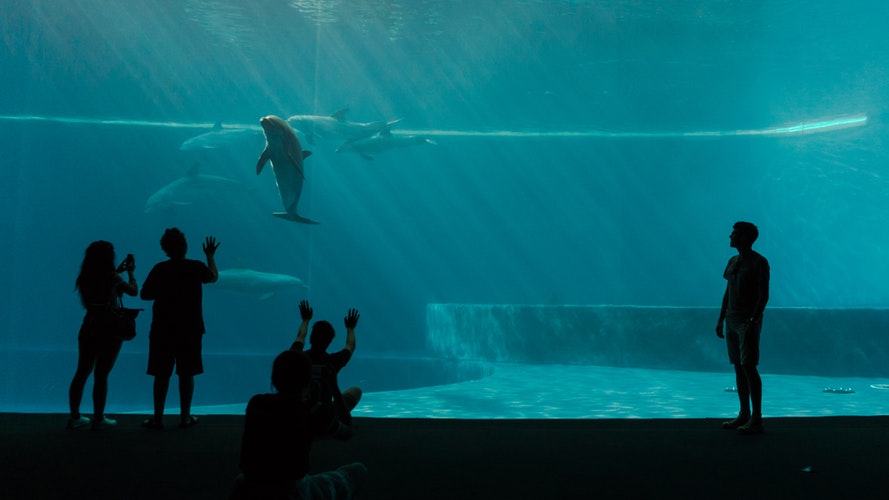 The poll also found that half of Canadians believe it is morally wrong to keep any animal in captivity unless it is for protection or rehabilitation purposes, but feelings run particularly high when the captivity of marine mammals is discussed. Angus Reid refers to this passionate stance against cetacean captivity as “the Blackfish effect.”

“Blackfish,” is the 2013 documentary made about SeaWorld. It exposed the reality of keeping orcas in captivity, causing a large amount of backlash for the company. Since then, the marine park has partnered with the Humane Society to end the orca breeding program. However, the negative press the documentary brought still hangs over SeaWorld – with profits and attendance falling consistently.

UK-based travel giant, Thomas Cook, recently pulled promotion of the park, after stating that it didn’t fit with the brands animal welfare policy.

“By suspending online promotions of SeaWorld, Thomas Cook has shown that it understands that holding orcas captive for entertainment is unacceptable,” animal rights organization, PETA, stated.