Writing on his Twitter account, the singer said that Goodall, a vegan herself, is “the most perfect woman on the planet.” Moby shared an image of the former baroness alongside the quote: “I stopped eating meat some 50 years ago when I looked at my pork chop on my plate and thought: this represents fear, pain, and death.”

Just saying…when the most perfect woman on the planet is a vegan.. thanks @veganoutreach @janegoodallinst pic.twitter.com/10vQbxD76T

Eighty-four-year-old Goodall, whose past conservation work with Tanzanian chimpanzees is world renowned, is an outspoken activist for both animals and the planet. She spends her days traveling the globe, raising awareness about climate change and the plight of animals who face habitat loss. Earlier this year, in an interview with the Huffington Post, the leading primatologist revealed her belief that is not too late to save the earth, if only humans would give more attention to environmental issues.

“Goodness, if we could spend the same money learning about the world that we spend on wars… We seem to have lost the connection between our clever brains and our hearts,” she said. “We truly have harmed the world, but I still think there’s a window of time for us to try and turn things around. It can never get back to the way it was…but we have to try.”

This is not the first time Moby has sung Goodall’s praises. Back in April, the musician met with the conservationist and A-list environmentalist Leonardo DiCaprio over a lunch that he described as nothing short of “inspiring.” 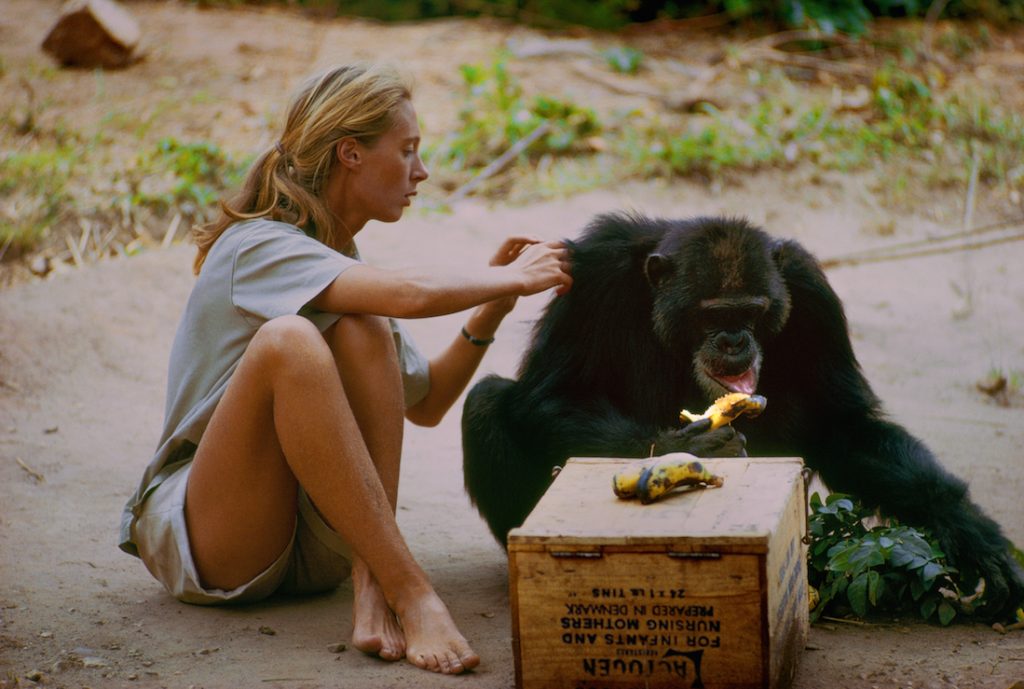 The two are similar, sharing a passion for wildlife and the protection of the natural world. Back in April, Moby turned his back garden into a haven for bees, raising awareness of the pollinators’ rapidly-declining population. Like Goodall, Moby is also an advocate for the health benefits of a plant-based diet, consistently donating money to the Physicians Committee of Responsible Medicine (PCRM), an organization made up of thousands of medical professionals who advocate for plant-based living and against animal testing. He is also the owner of the Little Pine restaurant in Los Angeles, a vegan bistro where 100 percent of the profits go towards animal rights organizations.

Moby isn’t the only one who holds Goodall in high regard; last year the biographical film “Jane” was released, dedicated to honoring the life and work of the compassionate scientist.