Sweet Earth has found itself the topic of debate in the vegan and plant based world. After joining forces with multinational, business powerhouse Nestlé — who have made their business selling non vegan products — supporters of Sweet Earth sounded off on social media. While people voiced disapproval, Sweet Earth co-founder Kelly Swette was positive in her and her husband’s decision.

She told FoodNavigator-USA, “I think there’s something wrong with a system that thinks it’s great for technology companies to invest in companies that want to change the food system, but somehow it’s not right for big companies to invest in them.” She continued, “Big food companies such as Nestlé have to be part of the change, so this deal is a validation.” She later elaborates, explaining that vegans and plant based eaters should be hopeful by Nestlé’s endorsement, as they argue it’s better for big business to be supporting the plant based foodscape than trying to destroy it.

The contract that Swette signed with Nestlé is a three-year deal. Specifically, Sweet Earth will continue working from its home in Moss Landing and will be receiving support from Nestlé — who will not be taking over the brand. Swette is excited to see her natural foods business reach new clientele and new heights in sales, distribution, and manufacturing with their now increased bank of resources.

Nestlé is also happy about this decision. Nestlé USA’s Chairman and CEO, Paul Grimwood, said of the decision, “In the United States, we’re experiencing a consumer shift toward plant-based proteins. In fact, as many as 50% of consumers now are seeking more plant-based foods in their diet and 40% are open to reducing their traditional meat consumption.” He added, “With unique and nutritious foods for all times of the day, Sweet Earth gives Nestlé a leading position in this emerging space.” 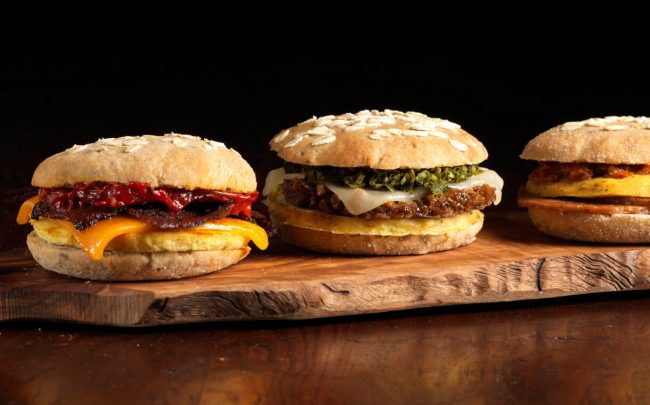 For those concerned with the partnership, the big issue is whether to support brands who are financially backed by a larger business that made its money off non-vegan, animal based, products. Sweet Earth’s decision to receive support from Nestlé could damage the brand by upsetting its main customer base.

On the other hand, it could be argued that it’s difficult to envision a future for vegan and plant based foods without intermingling with the big players in the game. To expect vegan business to flourish worldwide, independent of support outside of technology companies is possibly unrealistic.

Only time will tell how this arrangement plays out.