According to the President of Yissum and CEO Yaron Daniely, “[t]he idea [of this 3D printed food technology] is to enable full control of the substances used for the purpose of creating healthy and tasty meals that can be eaten immediately. This has the potential to address a variety of challenges facing the field of nutrition.”

Foods such as meat substitutes could be easily printed, as well as producing allergy-friendly alternative products. Ultimately, this is a giant leap toward eliminating animal agriculture from food production altogether without compromising on traditional textures. 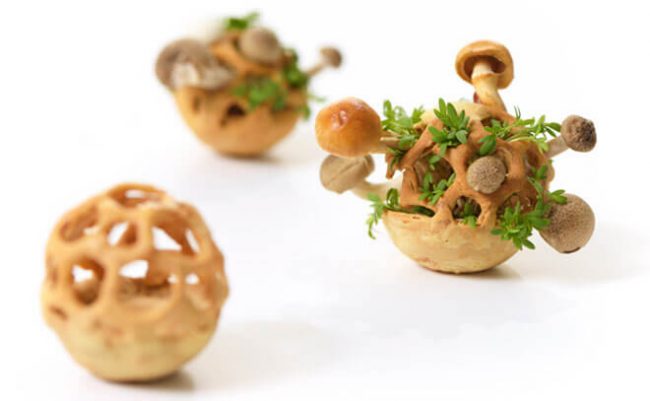 The brainpower behind this platform is at the credit of Professor Oded Shoseyov of the Robert H. Smith Institute of Plant Sciences and Genetics in Agriculture, and Professor Ido Braslavsky of Jerusalem’s Hebrew University of the Robert H. Smith Faculty of Agriculture, Food and Environment. (Their titles could be considered almost as great as their latest 3D food printing invention.)

This technology uses nanocellulose, enabling food to be 3D printed that is personally tailored to the user. Nanocellulose is basically a fluid or gel like-substance which is derived from plants. Nanocellulose is also non-toxic and lightweight, yet eight times stronger than steel.

According to JOL, “[t]he platform [3D printing technology] can also aid people with low-calorie diets, diabetes or celiac. The properties of the nano-cellulose fibers self-assemble, allow for proteins, carbohydrates, and fats to bind and grant the consumer control over the food’s texture. The final result is a nutritious, delicious low-calorie meal tailored to personal tastes.”

As exciting as this new concept is, these professors aren’t the first to achieve such a feat. 2017 itself has seen major advances in food technology, innovation including 3D-printed food. In June, it was announced MIT had developed 4D printed pasta that shape-shifts when in contact with water and heat. 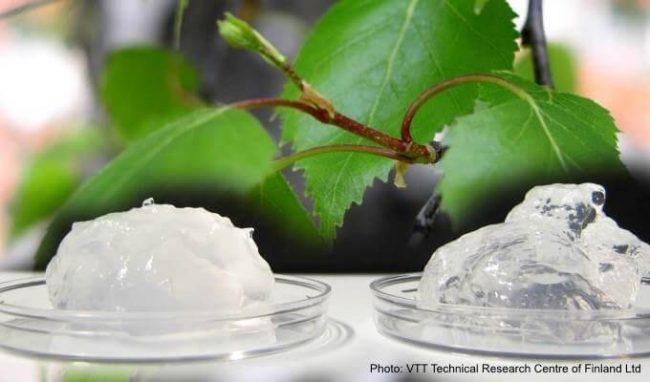 Additionally, as 3D-printed food is easily portable and efficient, and can produce on-demand nutrients in comparison to traditionally produced food production methods – the technology becomes invaluable for soldiers in the military and citizens when disaster strikes.

Sound a bit like something from Back To The Future? Regardless, the 3D food-printing technologies are revolutionary and could be the key to solving problems within the current food industry. Moreover, printed food will likely open a whole new world of possibilities for the vegan, vegetarian, and other specialty diet marketplaces.

Could ‘quick and easy dinners of the future’ mean consumers ditch microwave noodles, frozen pizzas and greasy takeaways for plant-based meals from a printer?