A new documentary by Nina Messigner is set to hit screens across America. Titled, “H.O.P.E. What You Eat Matters”, the former an acronym for Healing of Planet Earth, this film showcases how we can improve our personal health, the health of the planet, and reduce industrialized cruelty to animals by embracing a vegan diet.

Renowned primatologist Dr. Jane Goodall features in the documentary and discusses the film’s message in an empowering trailer.“I think the most important message that I have, is to remember, that you as an individual make a difference,” she says.

Author of the popular book “The China Study”, T. Colin Campbell says it is important for people to understand there is a strong correlation between the Western diet and diseases. Westernized diets typically consist of an abundance of animal products, fried food, takeaways, and additives, with a lack of fresh produce – a combination considered to be par optimal in terms of health, leading to a multitude of problems.

Due to an increased affinity with Western-style diets and a food system falling into a dangerous predicament, this documentary aims to be a turning point for people who intend to live devoid of serious health scares and preventable death. The documentary is described as “a life-changing documentary uncovering and revealing the effects of our typical Western diet on our health, the environment and animals. It has a clear message: By changing our eating habits, we can change the world!” 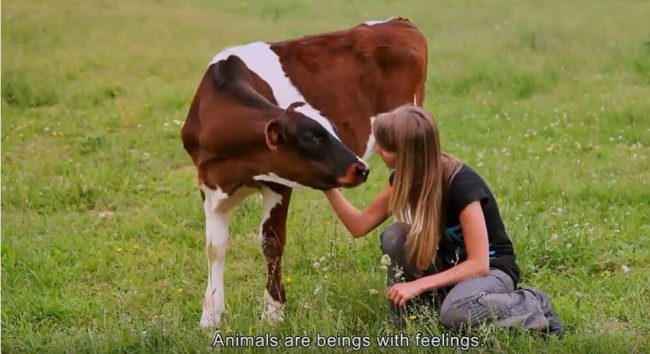 “We were made to believe that meat-based diets are superior to plant-based diets,” Dr. Vandana Shiva states with a questioning tone.

“This film can save your life,” said Dr. Neal Barnard of the Physicians Committee for Responsible Medicine. “Take its lessons to heart, and take control of your health. Choosing a plant-based diet will be the best decision you´ve ever made.”

The film notes “[s]ince the beginning of mankind cruelty to animals, it has never been as prevalent as it is in our days.” Contrary to what may be perceived, this relates solely to the extreme conditions of cruelty farmed animals endure, for the sake of satiating the palates of the masses.

Vegetarian musician Paul McCartney even shares his sentiment “[t]his important films highlights the choices we must make to help protect this planet and all its inhabitants.”

You can watch H.O.P.E. What You Eat Matters for free by clicking here.