Is a predominantly meat-based diet the “perfect” diet for humans?

The sequel, which has no official release date yet but is hoping for 2020, aims to poke holes in films that Beef Magazine contributor Amanda Radke says “attack animal agriculture.” Radke is referring to films like “Forks Over Knives”, “What the Health”, and “Cowspiracy”, which all explore the impacts meat-eating has on human health and the environment.

Hunt told Beef Magazine that the vegan documentaries “are undermining the health of millions,” calling them “a real threat to our unencumbered access to healthy animal foods and meat.”

“In fact,” he said, “the lies propagated by these films are affecting government regulations, restrictions, and taxation right now to all foods’ detriment.”

Hunt says the vegan documentaries are propaganda films that “will only increase the false belief that meat and animal foods are the enemy. We can no longer leave these films unchallenged.”

Radke, who’s also a beef producer, says platforms like Netflix and other streaming channels are giving way for these documentaries to become “the new playground” for activists to “sensationalize stories and build drama.” 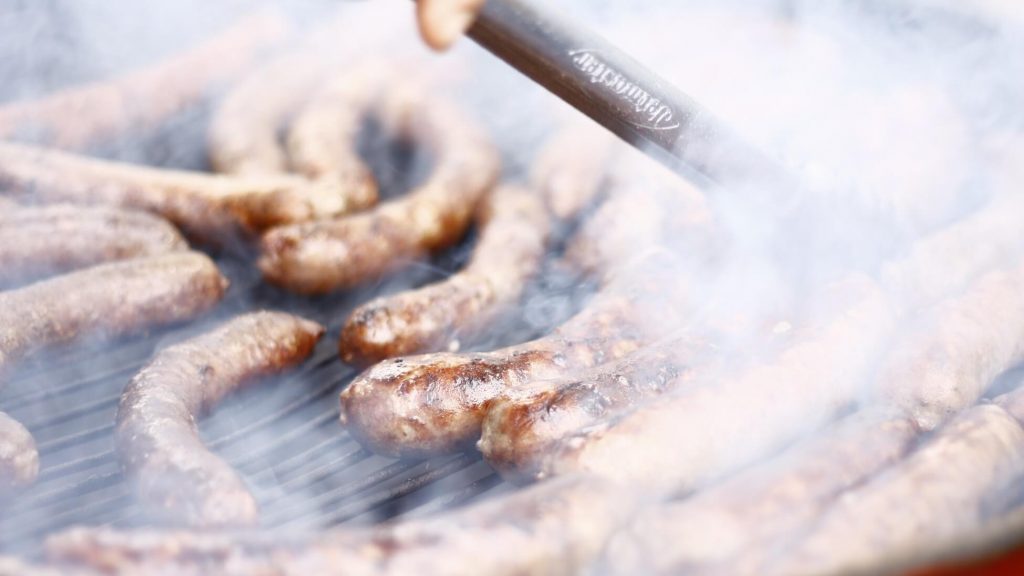 She says this is creating a divide between consumers and livestock producers making “safe, nutritious food.”

But there’s a growing body of research that says otherwise. Countless studies point to a strong connection between consumption of animal foods and the increased risk of diseases including heart disease, type-2 diabetes, obesity, and some forms of cancer. Beef and processed meats, in particular, have been singled out by some of the world’s leading health organizations as posing the most serious health risks.

The American Dietetic Association, the nation’s largest group of dieticians and nutritionists, said that a vegan diet is appropriate for “all stages” of the human lifecycle including in utero and infancy. Studies have found vegan diets equate to lower body mass index and longer life spans.

“Today’s consumer wants more information about where their food comes from and its impact on their health and the planet,” writes Radke.

Consumers today do want more information, and it seems they’re increasingly concerned about information regarding diet. Whether that’s the sugar content in food, the environmental footprint, accuracy in labeling, or how workers are treated, today’s Millennial and Gen-Z shoppers are moving the dial on product quality and business practices.

A growing number of omnivores and flexitarians are now choosing plant-based options such as dairy-free milk, cheese, and ice cream more than ever before. It’s not just health or the environment driving the shift, though those factors dominate. It’s also the flavor and the variety sparking interest. Chef Gordon Ramsay’s foray into vegan offerings is testament. Oprah Winfrey’s recent investment into the plant-forward True Food Kitchen is also an indicator that people have finally figured out that New York Times columnist Mark Bittman may have been right all along — you can cook everything vegetarian and without sacrificing on taste.

Sales of vegan protein in the U.S. last year grew over 20 percent as consumers have begun to rotate their protein just as they do their dairy choices. This isn’t just exclusive to the U.S., either. In countries where those films may not be in the Netflix queue, consumers are eating more plant-based food than ever before, too. Governments are encouraging citizens to decrease their meat consumption. Meatless Mondays, Veganuary, and Green Monday campaigns are moving consumers toward healthier diets where people are seeing massive weight loss and reversing conditions like diabetes and heart disease.

The evolution of our food system, just like the evolution of our technology and our communication, appears to be inevitable. Tyson, the nation’s largest producer of beef, pork, and chicken, has invested in vegan meat company Beyond Meat as well as in slaughter-free clean meat. The company’s CEO has even rallied in favor of vegan food, calling it the future of protein. They’re not alone. All major food companies are expanding and diversifying their options to meet the growing demand for vegan food. Campbell’s recently left the Grocery Manufacturers Association for the Plant Based Foods Association.

This is even despite efforts by the meat and dairy industries to suppress vegan businesses. In the U.S. the FDA is now looking into the standards of identity for dairy-free milk products because of pressure from the struggling dairy industry. For more than half a century, consumers have been buying culinary coconut milk with no complaints from dairy producers. Soy and rice milk have lined allergen-friendly shelves for decades. It’s only in the wake of the exploding nondairy milk category that dairy producers are saying they own the rights to those terms.

France and the state of Missouri both recently passed legislation that will prevent plant-based meat producers from using words we’ve long associated with protein: steak, chops, ribs, burgers. If this rule were to apply to every category, we couldn’t call gluten-free bread “bread” because it contains no wheat. Are rice noodles rice or noodles? We’d be driving Teslas, but not Tesla cars because they have no combustion engines.

But no matter what any of these are being called, consumers aren’t likely to stop buying them.

As humans develop better technology that can eliminate the need to raise and slaughter animals, why wouldn’t we move toward that? If beans can function the same as eggs without the need for billions of chickens every year, is that the smartest choice for our health and our planet? Investors seem to think so, and so do consumers.  The “perfect” human diet, it seems, isn’t perfect at all. It’s one that’s constantly improving itself. And plants seem to be the best tool we have.