According to the website, the index was launched as a tool for investors that ranks the 60 largest producers of meat, dairy, and aquaculture in the world on management of a variety of business risks ranging from greenhouse gas emissions (GHG), deforestation and biodiversity loss, water use, animal welfare, waste and pollution, commitment to producing sustainable, plant-based proteins, and worker safety. The index claims to be the world’s first comprehensive assessment of the world’s largest animal protein companies across a broad spectrum of issues.

“It is clear that the meat and dairy industries have remained out of public scrutiny in terms of their significant climate impact. For this to change, these companies must be held accountable for the emissions and they must have credible, independently verifiable emissions reductions strategy,”  Shefali Sharma, director of the Institute for Agriculture and Trade Policy European office, told The Guardian. 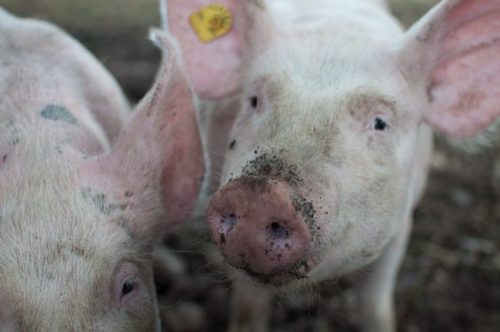 The index found that of the 60 major companies assessed—including McDonald’s, KFC, Nestle, Danone, and Walmart— 60 percent were ranked “high risk” in terms of managing sustainability across all categories. Only five of the companies index account for the plant-based protein sector. Numerous studies have revealed the link between meat and climate change as well as the link between dairy and climate change. Vegan food, on the other hand, has been identified as being better for the environment.

“For intensive animal protein producers, a failure to engage with this innovation is a risk. Diversification into producing alternative (i.e. non-animal) proteins is therefore key for both managing the risks of resource-constrained supply chains and for seizing opportunities for market growth,” the index concluded.

72 percent of companies were identified as being “high risk” in terms of GHG while only 32 percent have targets for reducing emissions. Only one of the 60 companies was able to achieve full scores on GHG emission reduction. Furthermore, 87.5 percent of beef and dairy companies failed to disclose GHG emissions and management, which the index identified as a critical step towards businesses implementing the Paris Agreement.

“It’s always worth remembering that there is no such thing as cheap meat—these industries have been subsidized for years by the public because we pay for their environmental pollution, public health costs that they do not account for in their business model. This is where governments need to step in,” said Sharma.