Made with oats, pea protein, and sunflower seeds, the texture of Übermilk is thicker than normal oat milk, and contains all of the essential amino acids. It’s also a source of omegas 3,6, and 9, vitamins E and D, and calcium, iron, and potassium.

According to the brand, the new plant-based beverage – available in Unsweetened, Unsweetened Vanilla, and Chocolate – was formulated in an attempt to win over consumers who believe that dairy milk is healthier than its vegan counterpart.

“We think there are still a lot of people that have not really switched over to plant milk because they have been somewhat influenced by the marketing of the dairy board or they have held onto long-term preconceptions,” CEO of Califia Farms Greg Steltenpohl told Food Navigator.

According to Steltenpohl, parents with young children are particularly concerned about transitioning to plant-based milk and its nutritional value; Übermilk takes away these worries.

He explained, “We’ve got protein with peas, oats, and sunflower seeds so you get all of those essential amino acids that get you very close to a complete protein.” 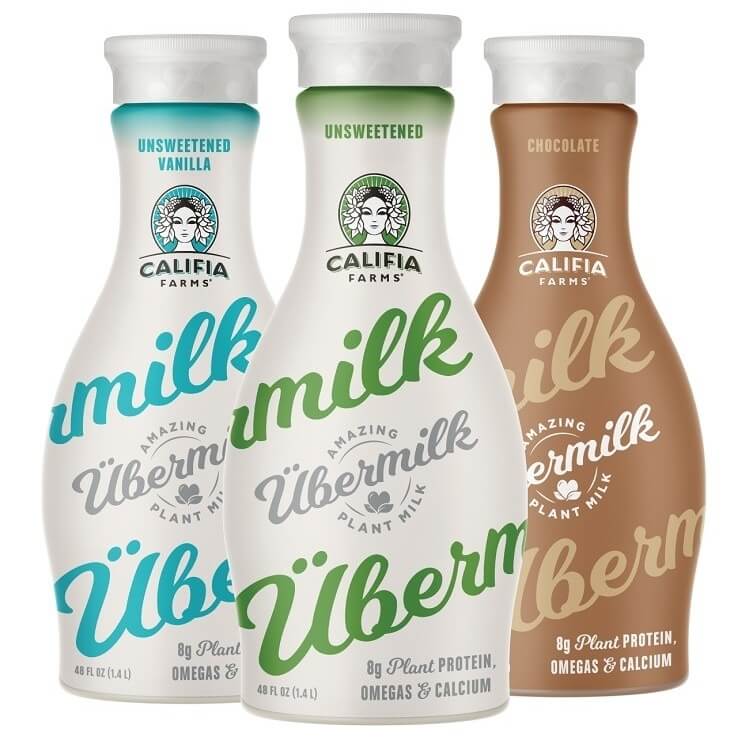 The Rise of Vegan Milk

The dairy industry has been under threat from the rise of the plant-based milk market for some time. According to a recent survey, nearly half of Americans now purchase vegan milk regularly.

The global market is set to keep growing, believes Steltenpohl, helped by increasing consumer awareness of the environmental problems associated with dairy production, as well as animal welfare concerns. The huge variety of vegan milk on offer, from brands such as Oatly, Alpro, and Silk, is also a factor.

“I think the category is very strong,” he said. “I also think that we are trying to be prepared for a possible tipping point.”

“I don’t know when, but we just feel there is a critical mass of factors under the surface, whether its animal rights, the environment, or just the diversity of great quality products out there now in plant-based could just add up to a tipping point where the decline in dairy may suddenly accelerate, and you have to think ahead.”