Shoppers in London now have another line of ready-made meal options to choose from. This new range, made by The Plantifull Food Co., has recently become available in stores across the UK. The nutritious plant-based meal range can also be ordered online.

The Plantifull Food Co’s debut ready-made meal line has been in the works for a while. After husband-and-wife founders Becca and Adam Courtenay watched the 2011 documentary, “Forks Over Knives,” they trialed a vegan diet for a week and then experienced a life-changing epiphany.

As a result, it was decided continuing a life of corporate jobs wasn’t for the newly vegan couple and they wanted to do their bit for the world. “We’ve spent ages perfecting a new range of ready meals that are healthy, tasty, and ready in 3 minutes. 100% plant-based food has never been so easy!”, the company’s website states. 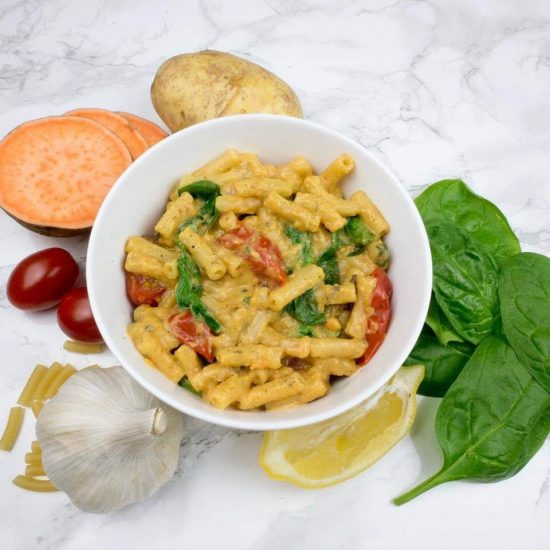 The current meal options just released include Three Bean Chilli with Brown Rice, Creamy Mac with Spinach and Tomato, ‘Shroomy Risotto with Onions and Herbs, and a Coeliac-friendly Creamy Mac with Green Peas. The Plantifull Food Co chose London-based retailers to enable a more personalized experience with their customers. “we’re focusing on London so that we can be there regularly to sample and speak with you guys in person.”

The company says its products are unique in comparison to other existing competitors because these ready-meals provide a vegan source of vitamin B12, are high in plant-based protein, contain zero preservatives, and are made using only all-natural ingredients. The products are also free of palm oil — an ingredient often boycotted by conscious consumers due to the rainforest habitat destruction its production fuels.

Additionally, the meal range includes nut-free and gluten-free options. Hence, these meals don’t only suit vegan and veg-curious consumers, but also caters to people who are looking for pre-made convenience meals that suit their specific dietary requirements.