The film is executive produced by Cameron and directed by Louie Psihoyos, a former photographer for National Geographic who went on to win 70+ awards for 2009’s The Cove, exposing the horrors of the annual Japanese dolphin hunt.

Game Changers seeks to dispel the myth that meat consumption is necessary for superior physical strength or masculinity by featuring athletes from all over the world, who compete in all forms of various sports and athletic disciplines. And all have two things in common: they’re great at what they do and they eat only plant-based food. 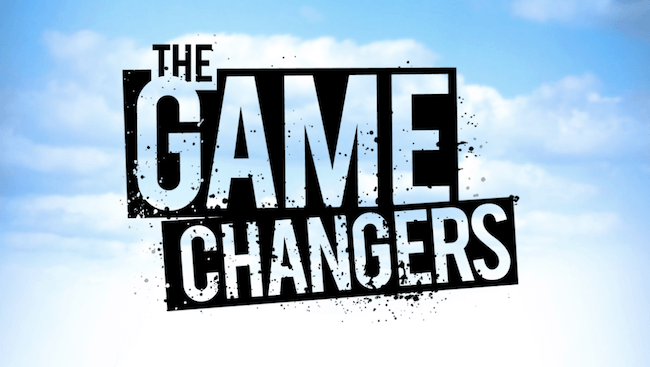 “From the UFC Octagon in Las Vegas and the anthropology lab at Dartmouth, to a strongman gym in Berlin and the bushlands of Zimbabwe, The Game Changers will introduce the world to elite athletes, special ops soldiers, visionary scientists, cultural icons, and everyday heroes—each on a mission to create a seismic shift in the way we eat and live,” the film’s website notes.

While the film focuses on health, culture, and masculinity, it also focuses on the destruction caused by animal agriculture.

The Game Changers has not yet shared a public release date.