More vegan options are coming to the freezer aisle in the form of Daiya Foods’ new vegan ice cream bars. The company premiered this latest sweet treat at the Natural Products Expo West 2018 tradeshow, and many attendees circled around for seconds.

The nine-year-old company used the Expo West trade show to launch its inaugural products – Daiya Cheddar Style and Mozzarella Style Shreds – in 2009. Since then, the company has blossomed into retail stores and restaurants worldwide, in addition to expanding their product line. Daiya now makes over thirty vegan, dairy-free products for “socially conscious health nuts and foodies,” or anyone looking for a quality dairy alternative to the foods they love. 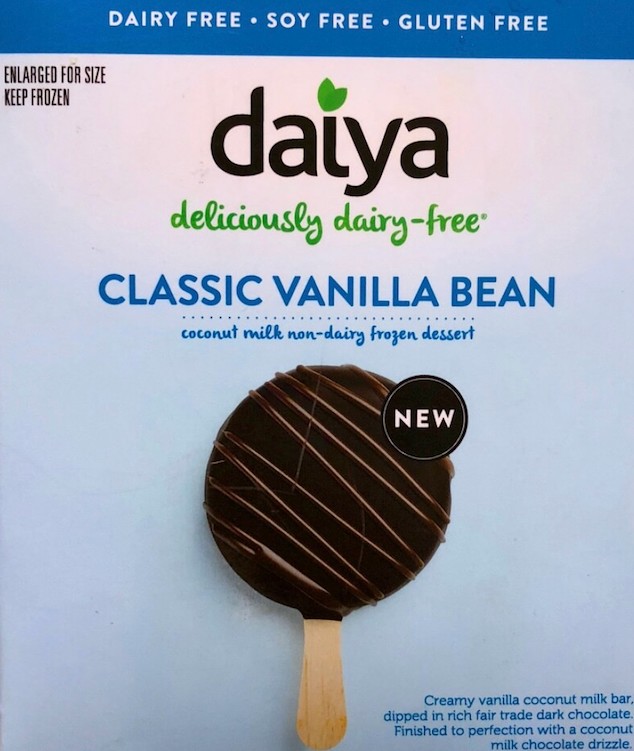 Daiya has developed a robust cheese line, ranging in flavors and styles from shreds to blocks and slices. However, due to the increasing demand for additional plant-based options, the company expanded their horizons to create cream cheeze, frozen pizzas, cheezecakes, yogurts, condiments, and multiple forms of the childhood staple, mac and cheese.

Daiya’s rapidly growing product line is not only a response to the demand for more plant-based options, it also helps fuel it. In a press release from PR Newswire, Daiya Vice President of Marketing, Michael Lynch, remarked, “Plant-based is no longer a fringe movement—it is now mainstream.” Lynch continued, “Today’s consumers have an appetite for foods that not only taste great, but are also better for themselves as well as the planet. At Daiya, we’re addressing this demand by unveiling the most expansive and crave-worthy portfolio of plant-based foods in the market.”

In addition to the ice cream bars, Daiya also sampled its upcoming line of frozen vegan burritos and fruit and yogurt packs. A market date has not been released, but the company promises these treats are coming soon.