London is about to get a little bit more delicious for kebab lovers. What the Pitta, a vegan kebab shop, will be opening the doors to its third location in the coming month.

“We are so proud that what started as little stall in Shoreditch has grown so quickly, and we’re now opening our third stall and continuing to provide good, tasty food with added health & environmental benefits to hungry Londoners,” co-Founder Cem Yildiz told the Evening Standard.

Yildiz explains that the clientele at the kebab shops has always been extremely varied — not just vegetarians. “We have found that a lot of our customers are meat reducers, rather than strict vegans, and it’s great to see more and more people becoming conscious of where their food is coming from.” 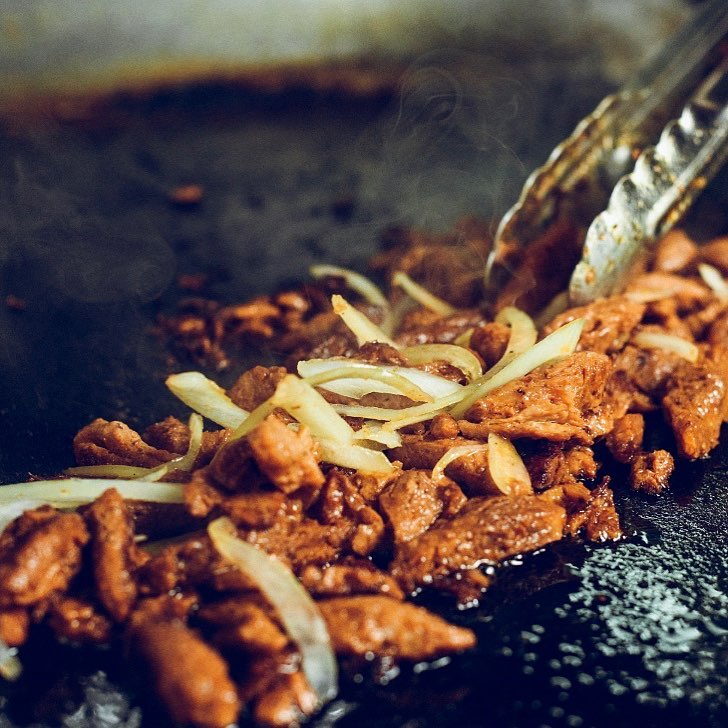 The kebab shop comes from humble and unexpected beginnings, according to its founders. “Cem, a historically renowned meat eater, had just dropped the bombshell that he had given up meat and dairy,” the company notes on its website. “You know,” co-founder Rojdan Gul said, “my uncle makes the most amazing Vegan Döner out in Germany! And, with that simple revelation, What The Pitta was born.”

Between a new vegan Chinese restaurant, a growing number of vegan cafes, a London pub permanently ditching its meat grinder for an all-vegan menu (which resulted in sales nearly tripling), and a vegan-friendly Harry Potter themed brunch, London is proving itself to be one of the world’s most eclectic destinations for vegan food.

What the Pitta’s vegan kebabs are made with non-GMO soy, fresh bread, homemade hummus, vegan tzatziki sauce, and salad. The menu includes other items like couscous salad, Turkish pizza, mixed meze, and vegan baklava. What the Pitta is set to open in Camden on March 9th.