A new vegan meat company may be popping up at a Whole Foods hot bar near you. Lika, a vegan protein developed by The Amazing Protein Company, is being tested by shoppers at the top ten Whole Foods in California. According to its founder, Chef Swami Nathan, consumers cannot get enough.

“In my life, I’ve never seen the response that we got [at Whole Foods], and guess what? It’s not from vegans and vegetarians. It’s from people who eat meat,” Chef Swami said.

Vegan activist and influencer, Jane Velez-Mitchell, recently interviewed Chef Swami on her daily “Lunch Break Live” Facebook show. The chef brought a medley of Lika products for her to try, including the Chinese-Style Beef and Broccoli and BBQ Beef that are available at select Whole Foods. Velez-Mitchell raved after trying each product and praised Chef Swami for each entrees’ meat-like taste and texture. She was particularly enthused with the Buffalo Chicken Nuggets, exclaiming, “This is a game-changer!” 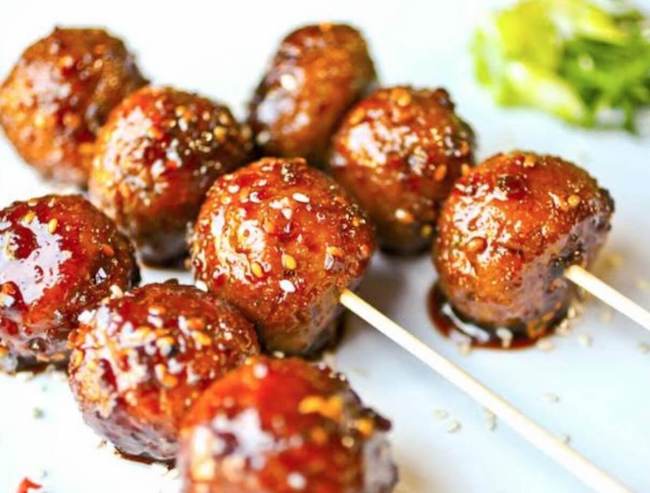 When asked about the ingredients, Chef Swami explained, “Every ingredient in Lika a child can pronounce. The ingredients are wheat, barley, mushrooms, yeast, and water.” This base product can be used to create a plethora of meaty vegan dishes, such as meatloaf, burgers, chicken cutlets, and even kofta balls.

According to the website, Lika contains twenty-three grams of complete plant-based protein per serving, and it does not contain any saturated fat or cholesterol. Further, the company is committed to providing an environmentally sustainable product. Pound-for-pound, it takes ninety-nine percent less water to produce Lika than beef.

Currently, Lika products are only available through pop-up sampling at select Whole Foods in California, but expansion may not be far away. Chef Swami’s goal is to provide Lika products to Whole Foods nationwide, and he encourages consumers to ask their local store to add Lika to its hot bar options. An online shop of ready-made vegan meats is in the works.