Connect TV has launched a new web series aiming to dispel the many stereotypes against the black community. Among the topics of the series’ first episode, was veganism and how to tasty and easy the lifestyle can be.

“Connect TV by Let’s Buy Black 365 launched its all-new breakout series and is crushing Black stereotypes in the process.

“Let’s Buy Black 365 is a Black economic empowerment movement made up of Black people from all walks of life gathered to make a positive impact on their community through cooperative economics. Members of the movement organized to form a production team called The Positive Black Media Project. The group is aimed at showcasing the positive impact. This all-new Black culture & lifestyle show features segments of the best in Black music, culture, education, revolutionary thought, food, health, activism, business, and entertainment.” 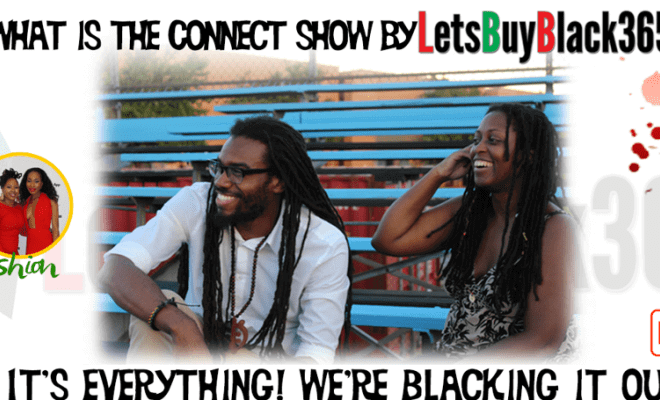 The series is hosted by Nataki Kambon, spokesperson for Let’s Buy Black 365 and a lifelong vegan, Taalib Saber, a civil rights and defense attorney. Kambon explains that she’s never eaten meat in her life because her parents thought little was more important than raising healthy meals, and while black bean burgers are accessible now, she used to thrive off cucumber sandwiches in her youth.

In the process of cooking up healthy, affordable black bean burgers in ten minutes, Kambon and Saber destroy many stereotypes about veganism. They dispel the myth that veganism is a “white thing,” that veganism is only for rich people, and that vegan foods are hard to find and/or make.

In a time when veganism has become a near daily topic of discussion, this kind of representation is invaluable, adding inclusivity and warmth to something that is broadly misunderstood by many.

In a world where far too many people are left without access to healthcare, she says diet is the one thing people have some power to control. With food deserts and food injustice, however, folks can’t have total control over what they eat — whether it means fresh fruits and vegetables are not available and/or the healthy foods are intentionally priced higher.

The hosts have a great time throughout and manage to keep a complex, heavy topic light for viewers. It’s definitely worth a watch. Check out the full video below. The portion on veganism begins around the 20-minute mark.