Singer and songwriter Ne-Yo recently showed off his vegan body on an Instagram story. The picture was screengrabbed by fans everywhere who were… impressed, to say the very least, with his new physique.

Ne-Yo, born Shaffer Chimere Smith, has seen a wonderful change in his health in such a short time since going vegan. He says that he was inspired to go vegan by the popular 2017 vegan documentary, What the Health.

“Me telling myself if I wanna keep this stomach I should probably NOT eat this bag of chips right now….”

After watching What the Health back in August, the singer revealed that he’d “gone completely vegan” on Facebook and asked others to join him; many others would ultimately go vegan in 2017 because of What the Health as well. It seems not only that the vegan diet is helping him physically but that he’s found some meaning in it for himself as well.

Health is, of course about much more than how you look — beauty is totally relative — but Ne-Yo is definitely nice to look at: 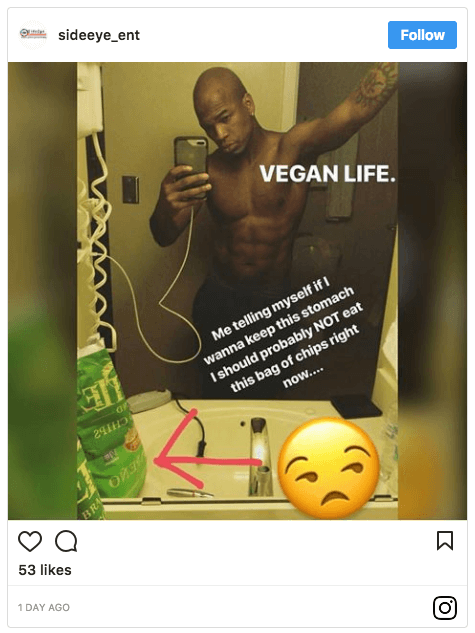 We applaud him for his commitment to a vegan diet. The singer, who is expecting his second child, will definitely be able to use the plentiful amounts of energy offered by a vegan diet.