Baltimore Ravens NFL player, Griff Whalen, has been vegan for four years. Whalen originally went vegan thanks to a documentary and intended on just trying it out for four weeks. However, he quickly felt that it was improving his physical performance claiming that he ‘felt so much lighter.’ ‘My joints felt smoother, everything felt better. I could run and breathe easier.’ says Whalen.

Because of the way his new diet made him feel, he started to look into just how possible it would be to continue this diet long term, and decided to stick to it. Feeling lighter and breathing better weren’t the only changes in his body that Whalen noticed. He said that his recovery times were much shorter, feeling better only a day after a workout rather than two or three. He believes that this is due to a decreased intake of saturated fat which allows better blood flow around these body. 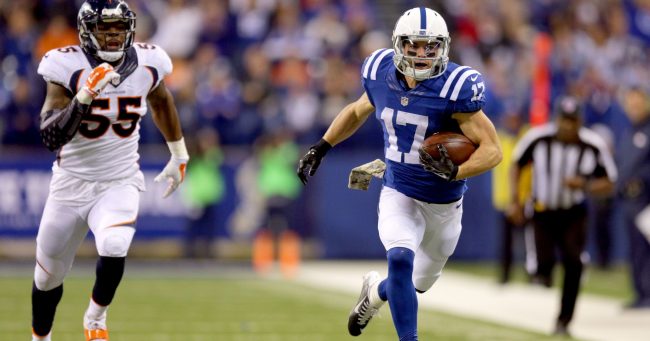 Whalen admitted that ‘the first six months, maybe a year [was] pretty tough’ because he had to completely change his ideas around how to ‘fill your plate up.’ Having grown up with eating a typical American diet which is full of animal products, it felt like ‘starting over.’

However, his team make sure that he has everything he needs to sustain himself on a plant-based diet, whether they’re at home or playing away.

It also seems that Whalen may be having a bit of an impact on his other teammates who ask him about his diet quite a lot. Whalen claims he’s not out to convert people to veganism, but does believe that a reduction in animal products and increasing plant-based whole foods in your diet is healthier than doing nothing at all.

Fellow teammates Carl Davis and Michael Pierce have even go as far as to suggest that they might make the leap to a plant-based diet on twitter.

Thinking about going vegetarian then vegan soon. Ima miss steak and chicken though.

Many athletes are choosing to adopt plant-based diets in order to improve their performance, and it seems the results are encouraging other athletes to do the same. Hopefully Whalen will help Davis and Pierce through their transition into veganism.