At forty years old, Chara looks for every advantage to keep up with the younger players. Switching to a vegan diet has enhanced his recovery time and overall health. “I can tell I’m feeling better,” Chara told the Boston Globe. “I know for a fact I’m playing with a lot more energy and I’m recovering faster.”

Chara admitted to that he was hesitant to give up meat at first. As the tallest player in NHL history, he was not sure if he could eat enough to sustain his towering frame and athletic performance. However, he decided to educate himself on plant-based nutrition and took the leap. “Over the course of time,” Chara explained, “you start reading more and gathering more information — more books, more stuff you can search on different websites. You watch documentaries. Then it slowly starts making sense that this is not just strictly for people to lose weight.” 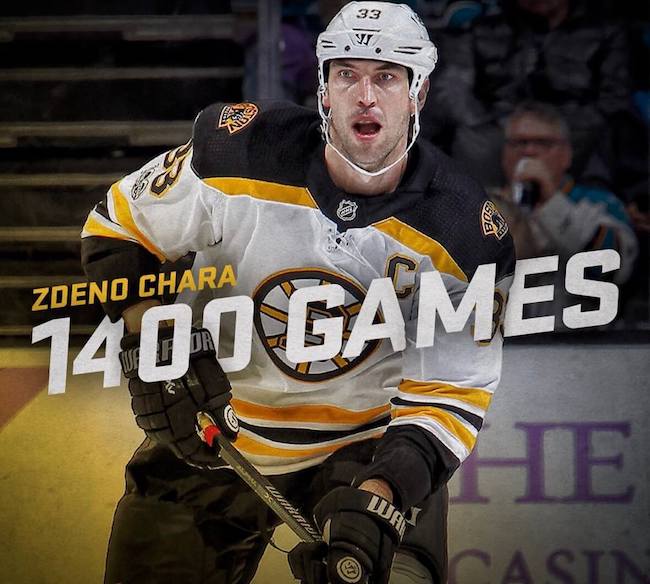 Since his transition, Chara has taken to Instagram to advocate for the plant-based lifestyle. He posted a photo of himself with an avocado, writing, “I have learned that it is never too early to make a change, and it is never too late. We have a great power – the freedom of choice. We are what we eat…I hope you will have a great week with great choices. Every day counts.”

Another post features Chara digging into an acai bowl, with the caption, “I’m not a man of trends or diets of such, but to me, it became quite clear that food is the path to health and represents a challenge to conventional medicine. No one will argue against eating more vegetables and fruits. A bad diet can affect our world and our lives and put us in a situation we don’t need to be in.” He even offered to help those struggling with their diets, saying, “Some people still lack the knowledge, some of them lack the willpower but I feel humbled to do my part.”

As of Chara’s interview on February 8 with the Boston Globe, he still eats eggs and salmon on occasion. It is not confirmed whether he has made the full transition to a vegan diet since then. However, many professional athletes and Olympians have seen great success following a vegan diet, eating a range of beans and legumes, grains, seeds, and dark leafy greens to fit their nutrient needs.