Gallagher was chosen to be the face of the new collection because of her “eclectic personal style” and due to the fact that she is vegetarian, reported the Huffington Post. In addition to shorts, the festival collection will also feature a waistcoat and chaps, all made from cruelty-free leather. The new 20-piece collection launched on April 10, three days before major California music festival Coachella. This year’s festival will serve vegan food from over 10 vendors.

Earlier this year, Gallagher starred in animal rights organization PETA’s new “Meat Free Revolution” campaign. In the video, the 18-year-old model made the connection between pets and the animals raised for food. “Would you eat your dog?” she asked. “My dog Ziggy is like my best friend, but all animals feel pain and fear, so if you wouldn’t eat your pets, why would you eat another animal?” 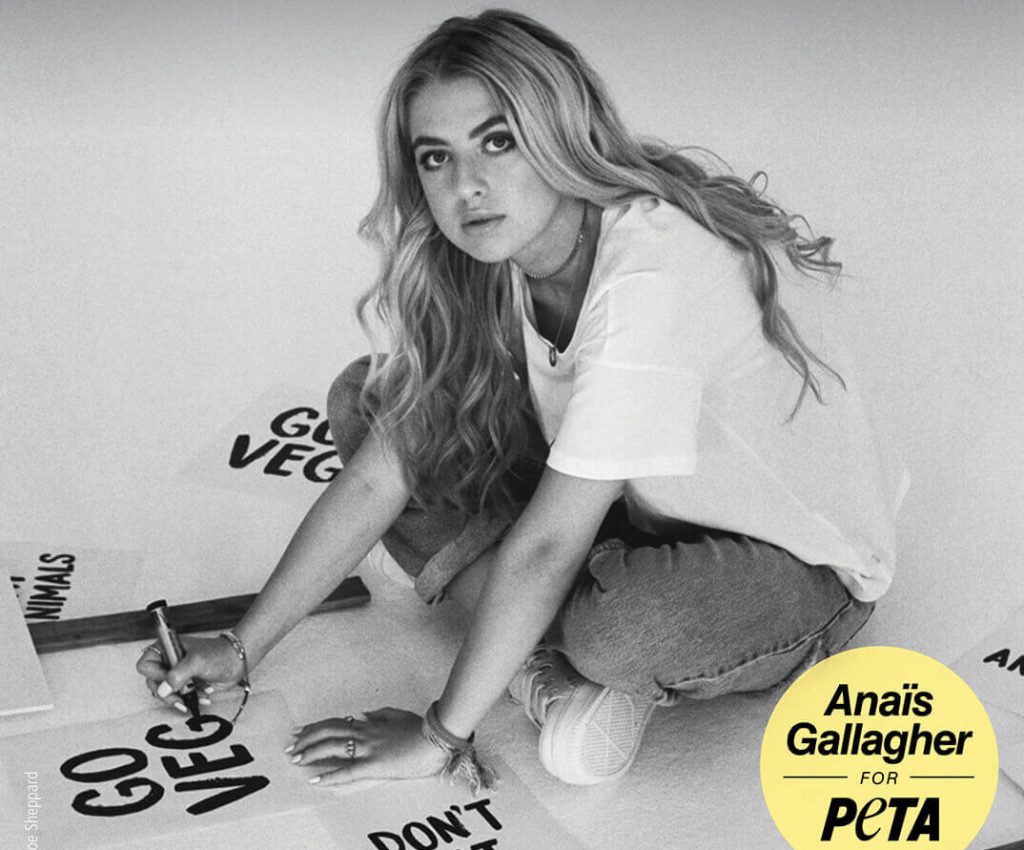 Gallagher is one of many young icons who has asked fans to join them in going cruelty-free. Music artist Miley Cyrus has taken to social media a number of times in order to promote a plant-based lifestyle, sharing both her vegan tattoos and what she eats with fans. She has also earned the title of “Best Voice for Animals” from PETA2 for two consecutive years.

Actor Madeleine Petsch, who plays Cheryl Blossom in the popular CW teen drama “Riverdale,” recently told People Magazine that “being vegan keeps my body fueled and running smoothly.” Petsch also starred in a campaign for PETA2 last year where she discussed her reason for going vegan.