The burger restaurant was founded in 2015 by James Beard Foundation Award-nominated chef Brooks Headley. While the restaurant serves some burgers topped with cheese, most menu items can be made vegan upon request.

This month, Headley released “Superiority Burger Cookbook: The Vegetarian Burger is Now Delicious,” a plant-focused cookbook bringing the iconic NYC dish to kitchens across the nation. “These are our namesake,” Headley wrote in the book’s introduction about the signature veggie burger. “They are absolutely recognizable as food, and are meant to be a Luddite response to the modern gaggle of vegetable patties that bleed and squirt and ape.”

Superiority Burger’s signature burger, which shares its name with the restaurant, is made from a mix of quinoa, carrots, walnuts, and spices and does not resemble the modern veggie burgers designed to appeal to carnivores. Unlike the “bleeding” vegan meat burgers of today, like the Beyond Burger, the Impossible Burger, or the Costco hit Don Lee Farms Organic Plant-Based Burger, the Superiority Burger patty is unmistakably plant-based. 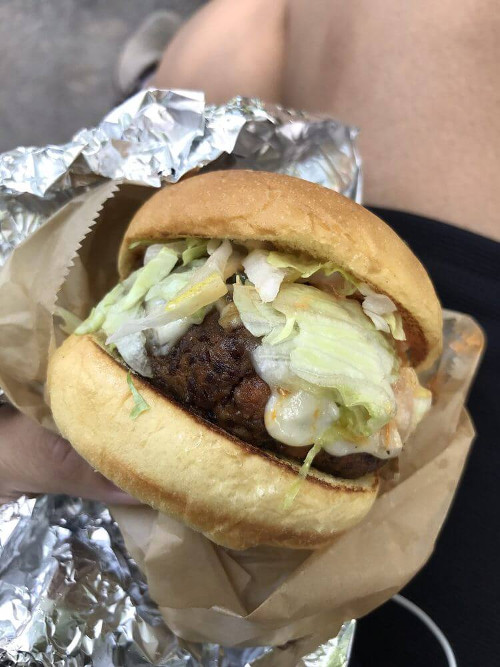 Yet, the meatless burger has consistently been recognized by food critics as being top-notch. GrubStreet called it the best veggie burger in NYC and even New York Times food and culture reporter Tejal Rao has lauded the Superiority Burger. Additionally, in 2015, popular men’s magazine GQ named the Superiority Burger the best burger, veggie or not, of the year.

Even celebrities are on board with the veggie burger that doesn’t pretend to be meat. In May, Acadamy Award-winning actor Cate Blanchett made an appearance on “The Tonight Show With Jimmy Fallon,” where she fed the late night talk show host, what she claimed to be “the best goddamn burger … you will ever have.” In a blindfold taste test, Fallon agreed that it was “the best.”

Apart from the restaurant’s signature dish, Eater NY recognized the TFT (Tofu Fried Tofu) sandwich, a special menu item that is available from time to time, as “one of NYC’s best chicken sandwiches” despite it being vegan.

The NYC fanbase knows well enough that even though Superiority Burger is open 11:30 am to 10:00 pm, seven days a week, one can always expect to wait in line.