Vegan oat milk brand Oatly is making a statement on the streets of Rotterdam and in UK underground stations with advertisements that promote the brand’s products as being “like milk but made for humans.”

As of today, the Swedish brand has announced that it is launching a £700k advertising campaign in the UK. The new campaign will be displayed in key London underground stations, including Kings Cross and Oxford Circus as well as Shoreditch, Peckham, and Brixton. The ads will feature the same statement as Oatly’s Rotterdam billboard: “It’s like milk, but made for humans.”

“Some consider our messaging to be controversial,” Michael Lee, Oatly’s creative and strategic director for international markets, said in a statement. “We disagree. It’s fact, because our oat drinks actually are made for humans, rather than for baby cows.

“Although we lost a lawsuit from the Swedish dairy industry in 2015, we still believe in the line, it’s still the truth, which is why you’re seeing it across the UK,” he added, referencing how the brand’s previous marketing efforts drew the ire of the dairy industry.

Dutch vegan organization Seeds spotted and tweeted the original image of the billboard in Rotterdam last September, noting that the brand was making a “clear statement.” Favored by a number of a number of animal rights organizations, the use of a billboard is not just an effective way to advertise a product, but also to spread a message. As one of the busiest port cities in Europe, Rotterdam’s reach is considerable. 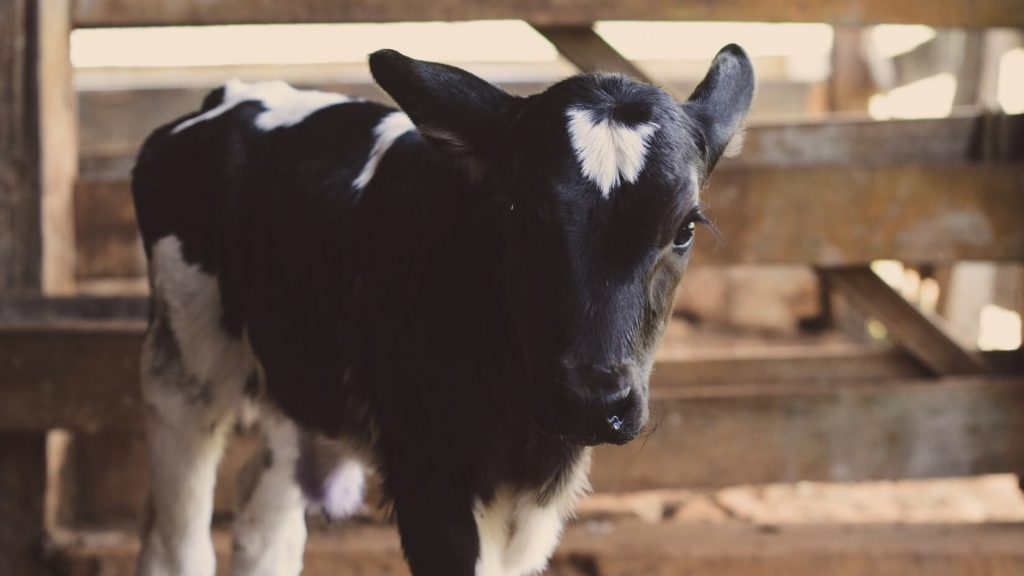 Whilst the advertisement is promoting Oatly’s product, it is also referencing a much deeper cause, which is the belief that cows milk is fit for human consumption. But a growing body of research points to the contrary. This view is championed by many animal rights activists, health experts, and even environmentalists; one recent study revealed that dairy cows produce four times more carbon emissions than the process of nondairy milk production.

One organization that believes in the power of billboards is Go Vegan World, a group which is responsible for a number of pro-vegan advertisements around the globe. The reason vegan advertisements are so effective, maintains founder Sandra Higgins, is because they force people to face up to what they already know.

“If you asked most people if they think it is wrong to unnecessarily harm other sentient beings, they would answer that it is,” she writes on the group’s website. “This is because we all know that other animals feel…[Posters and billboards] expose this inconsistency between our values and our behavior. We claim to respect fact, yet we live according to myth.”

And this message is clearly spreading, as in Europe, dairy sales are falling.

At the beginning of the year, market research firm Mintel estimated that dairy milk sales will drop by 11 percent in Western Europe by 2020. Oatly’s popularity could be part of the reason. In the UK, sales of vegan milk have increased by 30 percent since 2015, and according to financial magazine Bloomberg, the Swedish oat milk brand is the culprit. “It’s started such a craze that coffee shops across the country are struggling to keep up with demand,” it noted.