First, there was soy milk. Then almond, closely followed by coconut, cashew, hemp, hazelnut, pea, and even flax milk. However, for many, oat milk is the new nondairy milk of choice, thanks in part to the burgeoning success of the Swedish oat milk company, Oatly.

Beyond being dairy-free, oat milk is also nut-free, soy-free, and gluten-free (if made with GF oats). Further, it has a mild flavor and creamy texture that replicates the characteristics of dairy milk, especially in espresso beverages and coffee. Unlike many plant-based milks, oat milk tends to be more stable and does not curdle when heated, making it a popular choice among baristas and latte-lovers. 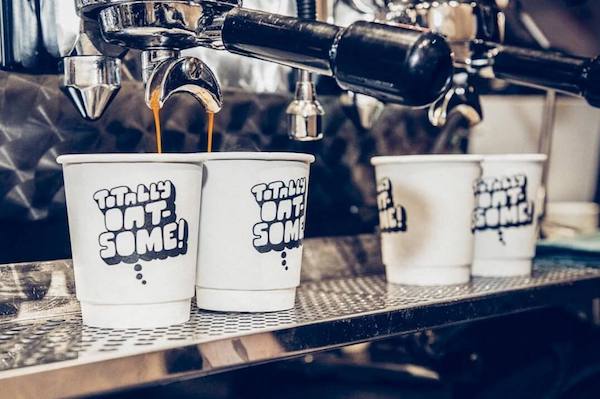 Although oat milk is a relatively new concept to the US and UK, Scandinavian countries like Sweden, have been drinking it for decades. Oatly originally launched in 1990, though it has just recently gained popularity in the international market. The company underwent a massive rebranding, then began its international distribution in earnest last year by selling directly to cafes and coffee shops.

In the US, Oatly started with ten specialty cafes in New York. In less than a year, it grew to over one thousand locations nationwide. As of early 2018, Oatly launched in select supermarkets, including Bristol Farms in Calif., and Wegmans in New York. The company plans to further its expansion in supermarkets worldwide, and eventually, in major coffee chains such as Starbucks and Dunkin’ Donuts. In the UK, Starbucks has already added Oatly to its menu, in addition to the major UK markets such as Tesco and Sainsbury’s.

Depending on the supplier, consumers can choose from a number of Oatly varieties. The brand makes an Original, Low Fat, Chocolate, and Barista version, the latter of which is specially formulated to stand up to high heat and create foam.

According to the multi-billion dollar trajectory of the plant-based milk industry, oat milk may be here to stay. The industry currently stands at $9.8 billion, with a projected growth to reach $16 billion by the end of 2018.