The New York Times listed Okja as one of the ten best movies of 2017. In the list, Okja is praised for extraordinary visuals and the depth and complexity of its message. The film, which follows a young girl trying to rescue her pig, shared the heartbreaking realities of animal agriculture. The film resonated not only with vegans but also with non-vegans who may not have been interested in watching a documentary.

“Filled with lapidary visual touches and pictorial splendor, Mr. Bong’s lovely, often funny and achingly soulful movie about a girl and her pig didn’t receive the theatrical release it deserved because it was bought by Netflix, which largely seems committed to shoveling product into its pipeline. That may be the future, but it’s infuriating that — like the villain in this movie — it can’t see past the bottom line.” 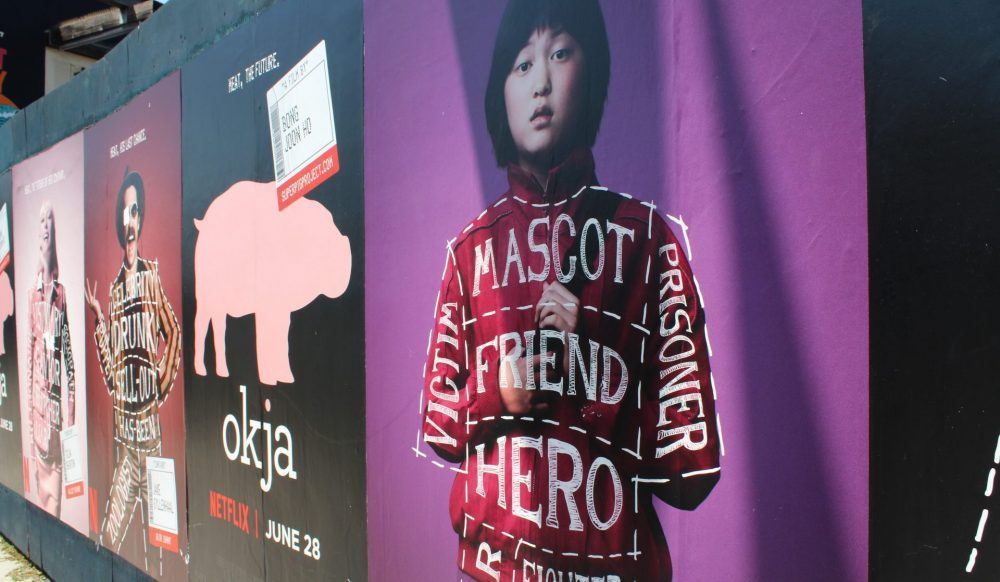 It’s worth noting that, like the review suggests, Okja did not receive a theatrical release, as it was grabbed by Netflix. Other films on the list, like Wonderwoman, Dunkirk, and Get Out received massive releases. This means that — opinions of the films aside — Okja had significantly less reach yet still managed to make a monumental impact on food culture all over the world. The film made headlines across the web as a catalyst for change in people’s diets. Many cited Okja as their reason for going vegan.

This sentiment of change was shared by the film’s director, Bong Joon-Ho, who was inspired to go vegan after one visit to a slaughterhouse. Viewers fell in love with the pigs in Okja and perhaps this may open the door for people to feel the same about real life pigs, as well as other farmed animals like cows, chickens, and fish.

If 2017 proved anything it’s that veganism and animal rights are no longer niche. It’s quite a year when an animal rights film like Okja is praised outside of activist spaces and is, instead, embraced by folks across the board. Here’s to hoping Okja’s legacy continues and that more and more folks start to consider not only where their food comes from but who exactly is providing them said food.