Old Crow Coffee Co. will host the “Cheezy Fri-yays” pop-up, which will serve a rotating menu of plant-based sandwiches. This week, one option includes a grilled cheese sandwich with vegan spaghetti and ‘meatballs’ pressed into it. And, last week, the menu included a ‘cheddar,’ coco ‘bacun’ and ‘carmalized’ onion sandwich, along with a unique citrus ‘cream cheese’ toastie with strawberries and maple.

Old Crow Coffee Co.’s regular menu includes a range of vegan options, such as jackfruit burritos and vegan donuts. And the company prides itself on using local, organic ingredients, with a tagline of “coffee and comforts.” 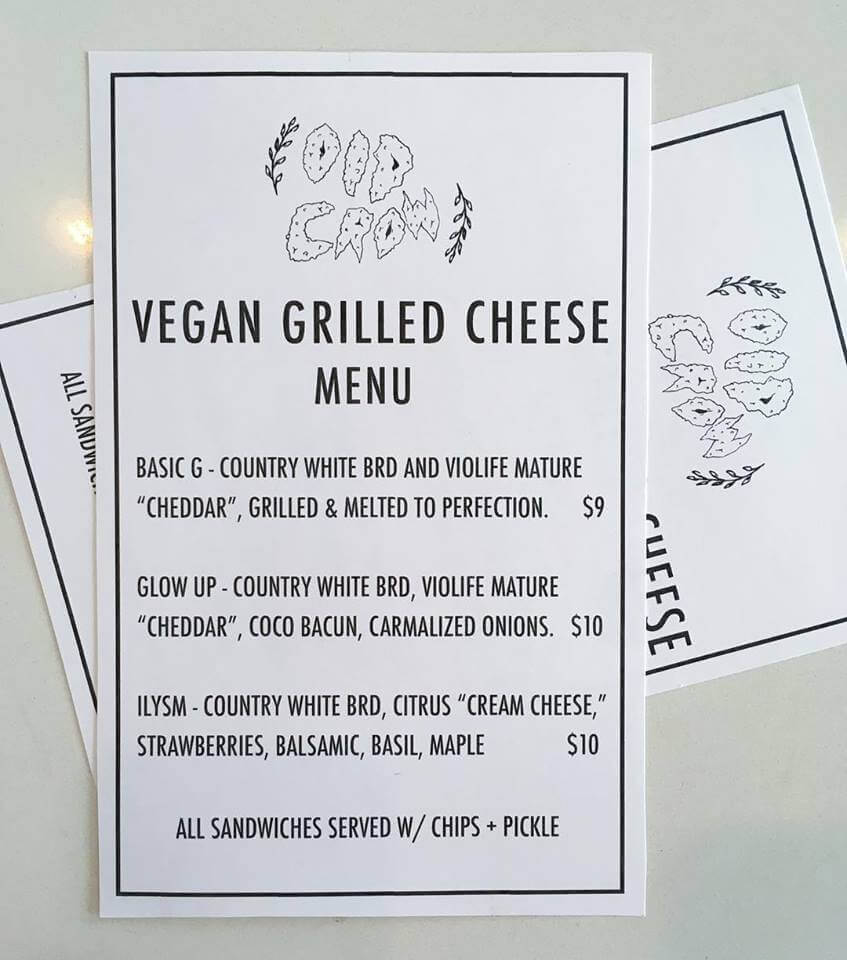 The grilled vegan cheese sandwiches are priced at $9-10, and the pop-up will open every Friday until the 24th August, serving food from six to nine pm.

Across the world, vegan cheese is becoming more popular, with more companies making it available. Non-dairy cheese pizza has arrived at Domino’s New Zealand; US pizza chain Fresh Brothers has launched a new vegan “Impossible Pizza” featuring the vegan meat by Impossible Foods and vegan cheese; and UK-based Bella Italia, a chain of restaurants serving Italian food, has debuted vegan cheese at its more than 100 locations across Britain.

In May this year, Vancouver revealed it is set to become the first major Canadian city to ban single-use plastic straws, polystyrene cups, and take-out containers. According to a press release, the plastic straw ban is part of the city’s new Zero Waste 2040 initiative. The campaign is the first comprehensive, city-wide zero waste plan in the world to be approved.

Last month, a new campaign arrived in the region, asking people to “Go Veg” for the animals, the environment, and their health. The campaign, launched by the Vancouver Humane Society, is featured on Translink buses across the city.