Olympic gold medalist, Stephanie Rice, has made significant changes to her lifestyle in the years since the 2008 Beijing Summer Olympics. In an interview with Sporteluxe, the twenty-nine-year-old Australian swimmer spoke to her vegan lifestyle, claiming that her new approach to eating has completely transformed her mind and body.

Rice secured three gold medals at the 2008 Beijing Summer Olympics and later retired from her swimming career in 2013. After “feeling a bit lost” following her retirement, she adopted a vegan diet and regained her natural stride. She is now a motivational speaker, entrepreneur, and recent a cookbook author. She just released her free e-cookbook “Veggie Goodness” in partnership with Vegie Delights, an Australian-based producer of vegan pre-made meals and convenience foods. 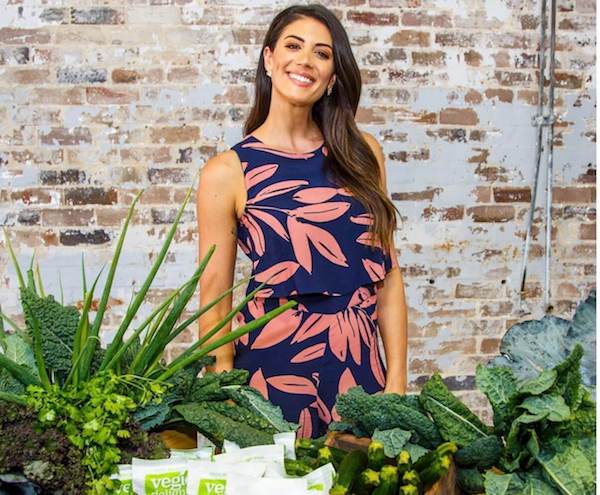 Rice once devoted seven hours a day to grueling pool workouts, fueled by a diet heavy in meat and dairy products. However, for the past five years, she has committed to a more holistic, vegan approach. She told Sporteluxe, “My eating philosophy…is connected to my exercise plan, mental thought processes and lifestyle.” She has ditched the animal products and opted for a completely plant-based diet, and she has also altered her exercise regimen as well.

Today, Rice maintains her active lifestyle, but she is no longer clocking in the hours at the pool. She exercises at home, following circuit training YouTube videos for a full body, thirty-minute workout five days a week. In regards to her diet, she said that she takes the simple approach, eating sweet potatoes roasted with rosemary for dinner, accompanied by a kale and cucumber salad. The Olympian is also a fan of oatmeal, nuts and seeds, and all kinds of fruits. For Rice, a plant-based diet isn’t just about the performance aspect. She said, “I just love with plant-based foods that they have such a positive effect on my brain.”

As a professional mentor, Rice has fully embraced her vegan lifestyle and works to share it with others. She regularly posts about her fitness and plant-based fuel on Instagram, actively promotes her new recipe ebook with Veggie Delights, and mentors clients to help them adopt and maintain their healthiest self.