85-year-old Olga Connolly (formerly Fikotova) is a five-time discus Olympian vegan on a gold medal health kick that does not slow down. Not even into her senior years.

According to Review-Journal, Connolly was once given a nocturne by the jazz artist Louis Armstrong on a segment of “The Ed Sullivan Show.” But that wasn’t the highlight of her appearance. Connolly was more than happy to discuss compassion for all animals after an ethical epiphany with chickens being transported to slaughter. During a light lunch, Connolly saw chickens with their beaks and claws cut back – a common practice in industrialized farming preventing the chickens from pecking and fighting each other. This, she said at the time, was what caused her to become vegan immediately. 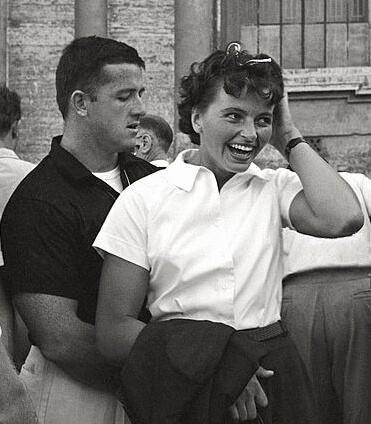 Connolly has noted that despite her successful career that has even included carrying the U.S. flag to the Olympic Stadium in 1972, the present and future are what piques her concentration most. “[The past] is only sparkles beyond the horizon,” she stated, according to Review-Journal.

Nowadays, Connolly remains fit and healthy. Age is no barrier when she harnesses the power of plants that cover all her nutritional bases. She works as a personal trainer and remains humble about her career and top athleticism.

Whilst Connolly isn’t competing at the Olympics at present, her physical fitness, energy levels, and recovery time reap the benefits of eating plant-based. She’s not alone. Throngs of athletes and sports professionals are adopting a plant-based vegan diet amid a surging flurry of studies suggesting this is optimal for health.

In an interview last month, Diana Taurasi — a Women’s National Basketball Association player and three-time Olympic gold medalist — credited her vegan diet as the reason for her career longevity. And, following the 2008 Beijing Summer Olympics, when she retired from swimming, Olympic gold medalist Stephanie Rice said she has made significant changes to her lifestyle. Speaking in an interview with Sporteluxe, the 29-year-old Australian swimmer hailed eating a vegan diet for her mind and body transformation.

Earlier this year, 2018 vegan Olympians took viewers by a plant-based storm. During the Winter Olympics Closing Ceremony, a commercial spot directed by the Oscar-winning director, Louis Psihoyos (“The Cove”) featured the elite athletes tackle the dairy industry’s “Milk Life” campaign with passion. The campaign encourages those watching to “#Switch4Good,” highlighting improved performance as a result of eschewing dairy products from the diet.