Olympic skier, Gus Kenworthy, along with the Humane Society International, has saved ninety dogs from the South Korean dog meat trade. Kenworthy has been in South Korea competing in the Pyeonchang Winter Olympics.

At the beginning of the week, Kenworthy and his partner paid a visit to one of seventeen thousand dog farms in the country. A visit that he described as “heart-wrenching.” Whilst the athlete acknowledged that dog farming is part of South Korean culture, he also felt compelled to state that the practice “is completely inhumane and culture should never be a scapegoat for cruelty.”

However, the farmer responsible for the farm Kenworthy visited claims to have seen the error of his ways. The farm in question has now been closed on a permanent basis, with all ninety dogs due to be transported over to the US and to Canada where they will hopefully be adopted into loving homes. The skier even adopted one of the dogs himself, stating that he cannot wait to give his new companion “the best life possible!” 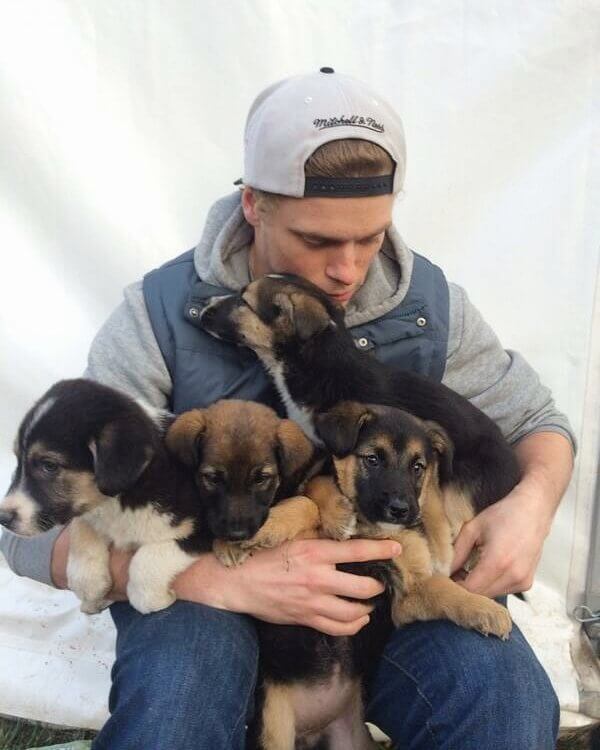 The plight to save all South Korean dogs from the dog meat trade is, sadly, far from over. “There are still millions of dogs here in need of help,” Kenworthy stated on his Instagram. He added, “I’m hoping to use this visit as an opportunity to raise awareness to the inhumanity of the dog meat trade and the plight of dogs everywhere, including back home in the US where millions of dogs are in need of loving homes!”

Vegan ice skater and Olympic gold medallist, Meagan Duhamel, was also moved by the country’s dog meat trade. Whilst visiting South Korea in preparation for the Winter Olympics, the athlete adopted a mini-daschund, saving it from being slaughtered for meat. The skater also spoke of her plans to bring home more dogs for Canadian adoption after the close of this year’s Winter Olympics and encouraged fellow competitors to follow her lead.