Previous studies have shown that adopting a vegan lifestyle is the best way to combat water and air pollution, global warming, ozone damage, ocean dead zones. Oxford University have even suggested that going plant-based could save the world.

Now, The London Economic have calculated that going vegan can take you to the moon and back.

The Vegan Society recently set up a big-scale environmental campaign, ‘Plate Up for the Planet’, with support from UK Green Party co-leader Caroline Lucas MP. The campaign is backed by a range of environmentalists and proponents of a plant-based diet, including Made in Chelsea’s Lucy Watson and Harry Potter’s Evanna Lynch.

10,000 participants were involved in the challenge of ‘eating vegan for a week,’ and the number of people taking the pledge is growing daily. 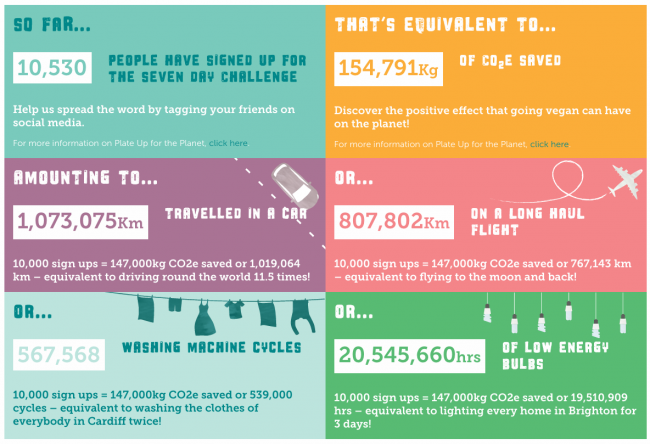 The results were not only 10,000 healthier and happier people (Caroline Lucas said that the challenge “reminded [her] just how delicious food can be”)  but collectively the participants saves 147,000kg Co2e.

As calculated by The London Economic, going vegan for a week, the participants saved the equivalent carbon dioxide that would be needed to fly to the moon and back!

These kinds of statistics show just how much of a difference going vegan can make. Many of the participants are choosing to remain vegan, and with the lifestyle increasingly growing in popularity, the impact we could have is out of this world.

Louise Davies, Head of Campaigns and Policy at The Vegan Society, agreed, “[g]oing vegan is one of the most significant things an individual can do to help combat climate change, and indeed many environmentalists follow the lifestyle to decrease their impact on the planet. 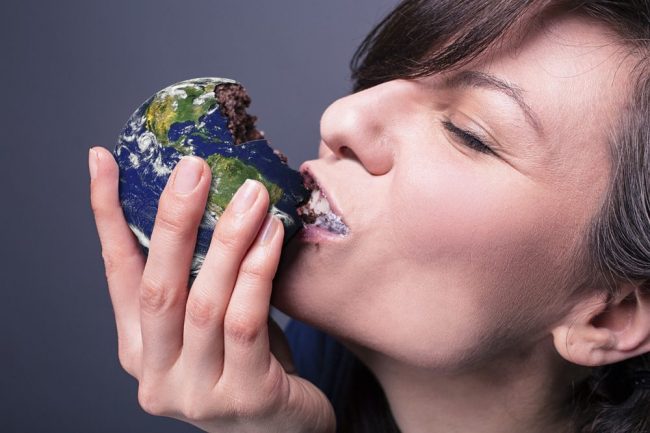 “What [the participants have] saved over the course of the week is astonishing and surprised many people, which we hope will lead to more people concerned with the environment choosing the vegan lifestyle.”

As studies have suggested, a worldwide vegan diet may be the only hope that the planet has for long term survival… or we may all have to take a trip to Mars.

Image credit: Plate Up for the Planet