There are few stamps of approval in this world more powerful than Oprah’s. Whether books or food, Oprah knows quality and what people want. Tal Ronnen, a vegan chef and restaurant owner, received Oprah’s blessing as “the best vegan chef in America,” and needless to say, that means a lot.

Ronnen has quite a few accolades under his belt, whether it be writing NYT bestseller The Conscious Cook, catering Arianna Huffington’s party at the Democratic National Convention, or cooking with Ellen DeGeneres and for her wedding to Portia de Rossi. It’s no wonder he was able to catch Oprah’s eye with all that he’s done thus far.

Most relevantly, however, Ronnen prepared all the food for Oprah’s 21-day vegan cleanse, where she gave up all animal products, as well as sugar, gluten, and alcohol. “It is definitely a lot of pressure when cooking for someone you respect and who has done so much for you,” Ronnen says. “Eventually you learn they are people, just like your other guests, and enjoy good meals, and that’s the bottom line.” 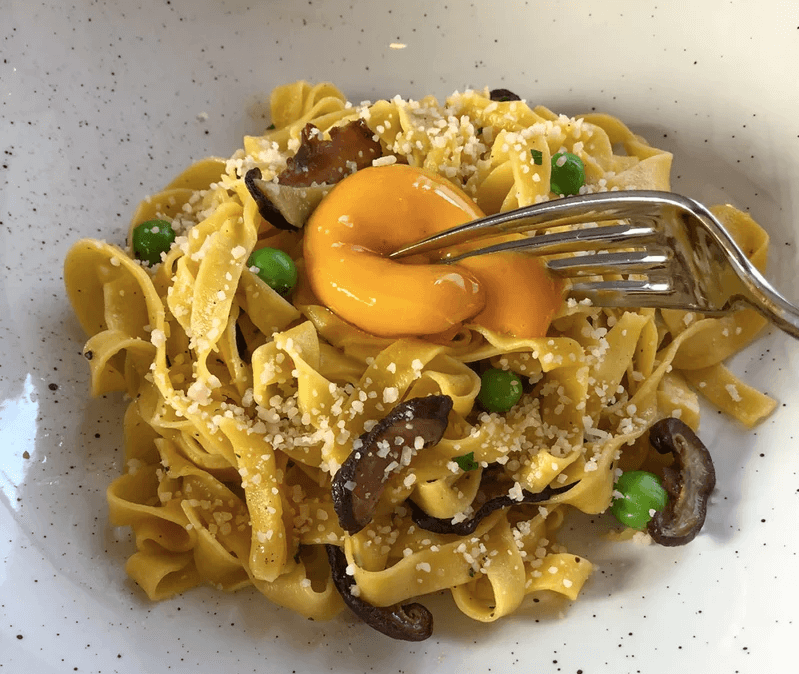 Currently, Ronnen is working in LA-based restaurant, Crossroads, which opened in 2013. He estimates that about 60% of his diners aren’t vegan or vegetarian so he opts for meals that feel familiar and comfortable for them, avoiding anything that wouldn’t feel more universal. One of the restaurant’s specialties is a vegan egg yolk which looks, tastes, and feels exactly like a traditional egg.

Food & Wine says it best when it comes to Tal Ronnen, his restaurant, and his work. “One day, Tal Ronnen’s Crossroads won’t be called a plant-based restaurant. It will be called, simply, a restaurant. And we eagerly anticipate that day.”