A recent report published in Science Magazine revealed new information about orangutans that could improve conservation efforts. The findings uncovered the human influence on the species, providing insight to the orangutan’s vulnerabilities, and allowing the opportunity for improved approaches to preserving the now-endangered species that shares 97 percent of its DNA with mankind.

Using data gathered by synthesizing fossils, archeology, genetic analysis, and behavioral studies, the researchers identified that natural orangutan behavior strays from what is currently believed about the species, meaning conservation should be angled differently. According to the study, 70,000 years of human influence has molded the distribution, population size, and ecology of the orangutan. The report states it is likely that mankind will continue impacting future generations of the species.

Remains of orangutan populations found in China, Thailand, and Vietnam upended previously accepted beliefs that orangutans can exist solely in their current habitats of Borneo and Sumatra. Previously, it was thought that fruit availability, among other factors, confined the creatures to these areas however the new findings open the possibility of migration and adapting to other locations.

Similarly, orangutans were believed to be exclusively tree-dwelling animals, however, evidence uncovers that the creatures also spend significant time on the ground. 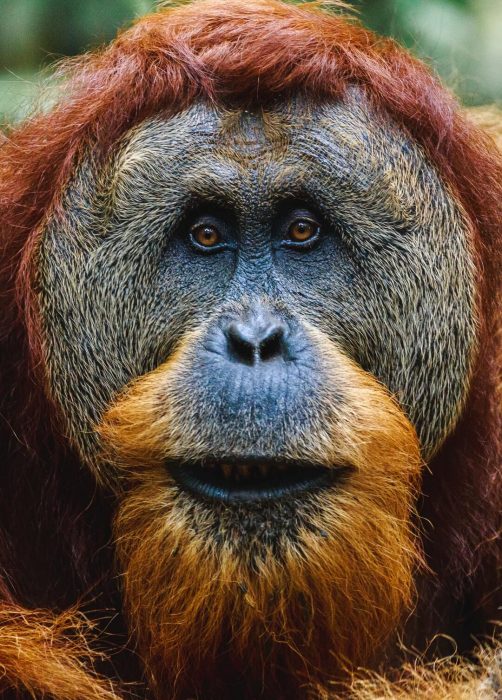 The report notes that thus far, efforts to prevent the species from extinction have focused on preserving habitats that were “minimally disturbed” with “limited success.” In contrast, the paper commented, “Our findings indicate that orangutans are vulnerable to hunting but appear flexible in response to some other human activities.” The production of palm oil was also mentioned in the report. This is unsurprising since unsustainable and illegal palm oil production largely impacts orangutan populations.

The report noted that these findings suggest approaches to protect the species need development. “This highlights the need for a multifaceted, landscape-level approach to orangutan conservation that leverages sound policy and cooperation among government, private sector, and community stakeholders to prevent hunting, mitigate human-orangutan conflict, and preserve and reconnect remaining natural forests,” the report said.

By observing the influence humans have on orangutans, the human race can implement more effective strategies to protect biodiversity. Mike Bruford, a professor at Cardiff University said, “Although much effort has already been made to understand the endangered orangutan, this latest study shows that much work still needs to be done to ensure conservation strategies are as robust and wide-ranging as possible. Only then will we stand a fighting chance of preventing this incredibly important animal from being wiped out.”