South Mississippi will soon be home to The Ugly Carrot, a combination organic green market and juice bar. Reported by The Sun Herald, the new spot will occupy the second floor of The Shops at Century Hall marketplace in Bay Saint Louis, Mississippi.

Chef David Dickensauge, owner and founder of the upcoming market, says the new spot will feature locally grown produce for customers to shop from, a juice bar where all juices are made using market produce, and readymade wraps, salads, and sandwiches. Homemade kombucha, flavored with seasonal fruits, is also planned for the green market. All food will be vegan or vegetarian using as much locally-grown produce as possible and will be prepared at Dickensauge’s Italian restaurant, C&C Bistro, which is located nearby.

“The Ugly Carrot started off as a juice bar idea I had several years ago. And South Mississippi doesn’t really have a sustainable market,” Dickensauge said. 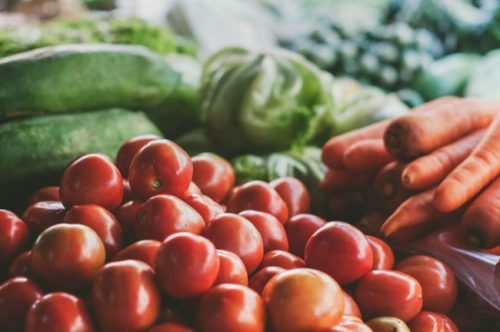 The ultimate goal of The Ugly Carrot in Mississippi is to provide readily available, healthy food options while helping to grow a local Mississippi farm-to-table movement. Eventually, he hopes to open five locations of the vegan-friendly market throughout the state, supporting over 150 local farmers, and to open a co-op to sell organic produce in Mississippi. A company produce truck that will be used to pick fruit and vegetables up from local farms is also in the works. Currently, he is partnering with the building developer to perfect the new space, which will be one of the few places to focus on vegan food in Mississipi.

“The idea is to give customers a place that they can shop where they know the food they put in their body is good for their body,” Dickensauge said in a promotional video. An opening date has not yet been set while he works with the developer to create the new space.

Vegan and vegetarian Mississippi restaurants are still few and far between and Dickensauge’s The Ugly Carrot is being set up to pioneer a farm-to-table movement in the southern part of the state. It will join the Gulf area’s Good Karma Cafe in serving vegan-friendly food in Mississippi.