A recent article by The Times has uprooted common misconceptions surrounding animals reared on organic farms. According to The Times, consumers can be deceived by labeling on meat products. Further, slaughter practices considered “humane” have been questioned.

Information from the RSPCA and the FDA cast doubt on food labels, the publication reported. The Times highlighted that though organic stamps on meat packaging indicate that animals are raised to the “highest standards”, the reality of these farms may shock consumers.

Similarly, The Times noted a piece published last week which uncovered how the public is “being deceived” by the meat and dairy industry. Particularly, by the use of packaging displaying “idyllic country scenes when the animals spent their entire lives indoors.”

The Times unveiled that “live shackling” processes are still performed on millions of live animals, including organic ones. The publication explained: “Organic chickens are routinely strung upside down and dragged through electric water baths in a method of stunning that has been questioned by the RSPCA”.

The Food Standards Agency said that live shackle lines were the “least humane way of stunning poultry.” Additionally, the RSPCA stated that the live shackling system is unreliable, as shocks don’t always knock the animals unconscious.

The article divulged that most organic birds are subject to gassing before their “throats are slit”, however, some cases saw the animals being boiled alive.

On the matter, the British Poultry Council “admitted that mistakes did happen.”

“Which is why it’s all the more important, when it comes to bird welfare, that only skilled operatives are there to do the right thing, so those things shouldn’t happen,” Shraddha Kaul of the British Poultry Council said. 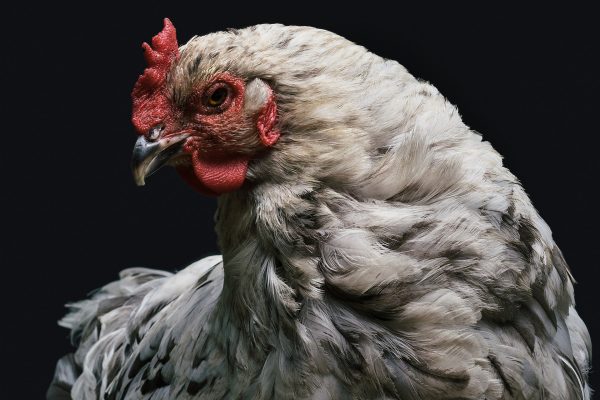 While other methods are considered more humane, roughly 180 million birds are killed in these shackle lines every year, The Times reported. The British Poultry Council said they could not favour one method over the other “while the legislation still approves two.”

Head of Standards at the Soil Association, Chris Atkinson, said: “Gas killing and electric-water-bath stunning are both permitted in Soil Association certified abattoirs and we would expect all chickens to be completely bled out and therefore insensible to pain before arriving at the scald tank.”

Increasingly, concerns about animal welfare are causing consumers to leave meat off their plates. It was also the top reason that 79,000 meat-eaters signed up for Veganuary this year. Similarly, data revealed that 70% of Americans felt “discomfort” when considering the way animals are used in the food system.