An online petition urging US McDonald’s to add the vegan Impossible Burger to its menu has gained over 40,000 signatures.

The petition, launched on Care2, requests the fast-food giant to join the popular East Coast chain, White Castle, in offering the Impossible Burger as a plant-based option to consumers.

“Every time a restaurant decides to add vegetarian options to their menu they are not only helping the environment but helping to save a life,” the petition notes. “And the bigger the restaurant, the bigger their impact. The impact White Castle is making pales in comparison to the potential impact a food giant like McDonald’s could make.”

Earlier in April, White Castle began serving the Impossible Burger across 140 of its stores in New Jersey, New York, and Chicago.

“The fact that we are the first fast-food chain to offer the Impossible Burger to our loyal customers epitomizes our history of being on the ‘bleeding edge’ of a rapidly evolving industry,” White Castle’s CEO, Lisa Ingram, said in a recent statement.

In Europe, McDonald’s are already offering a vegan option to customers, meaning that the petition’s request isn’t “just a pipe dream.” In the UK, the Veggie Deluxe can be veganized, and in Sweden and Finland, a McVegan burger was launched last year. Since then, the soy-based patty has sold well. 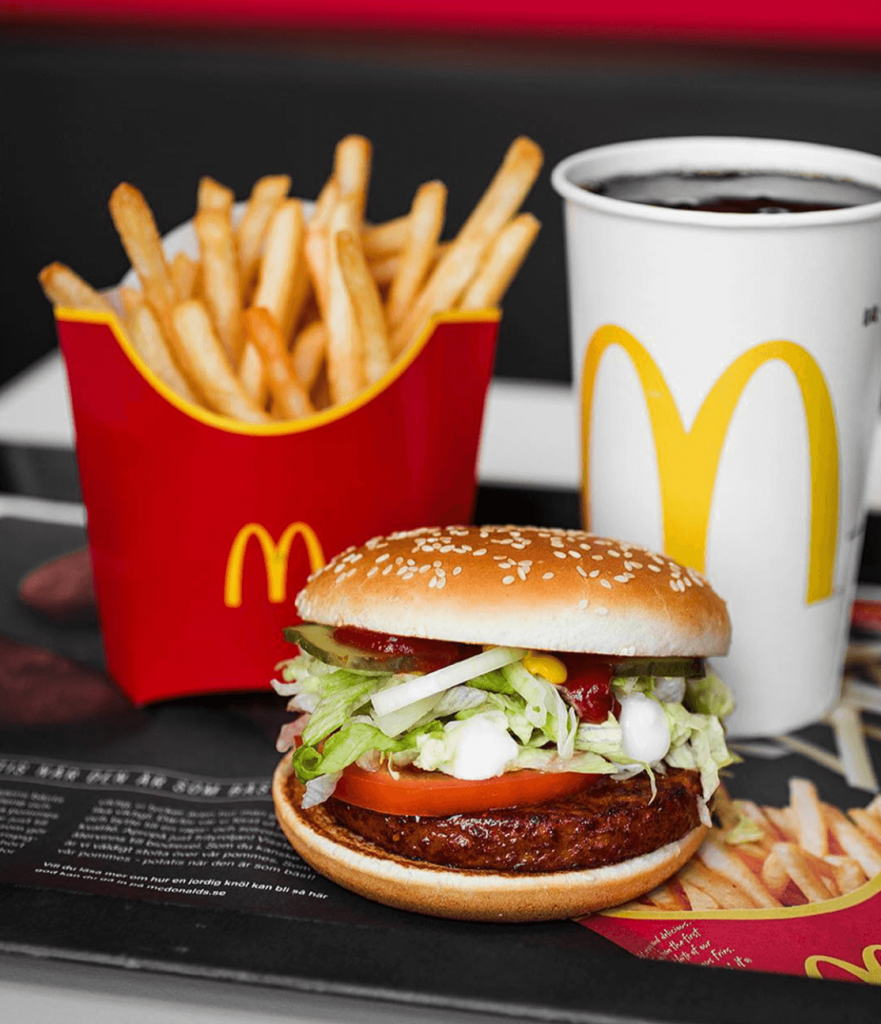 “During one month, we have sold 150,000 vegetarian burgers, McVegan burgers,” said Peter Ruzicka, CEO of Orkla, which supplies the McVegan burger. He added,“So that is quite a good start of a very, very exciting cooperation with McDonald’s.”

In the United States, not only has veganism risen by 600 percent, but over half of American citizens who are not vegan still take interest in purchasing meat-free protein sources. This is in part for health reasons, but also for animal welfare and for environmental concerns.

If McDonald’s were to offer a vegan burger, the impact would be huge, the petition maintains. “McDonald’s is by far the largest fast food chain in the U.S. with a whopping 14,000 locations. If they were to start serving a vegan option imagine the amount of land, water and animal lives they could save.”