“[Foie gras is] nothing more than a diseased liver produced in a real-life Hell’s Kitchen,” the former “Baywatch” star wrote in a letter addressed to Ramsay, referencing his popular U.S. TV Series Hell’s Kitchen. Anderson is campaigning for the end of foie gras production in partnership with leading animal rights organization PETA (People for the Ethical Treatment of Animals).

She continued, “Given your exceptional talent, I have no doubt that you can create dishes to impress that don’t involve this cruelty.” The dish is created by the force-feeding of ducks and geese, a process which is illegal in the UK; the import of the pâté, however, is not.

PETA’s Director of Vegan Corporate Projects Dawn Carr told the Daily Mail, “Consumers have the power to take a stand against foie gras by refusing to buy this ‘torture in a tin’ and instead choosing one of the many healthy and cruelty-free vegan vile pâté’s available.” 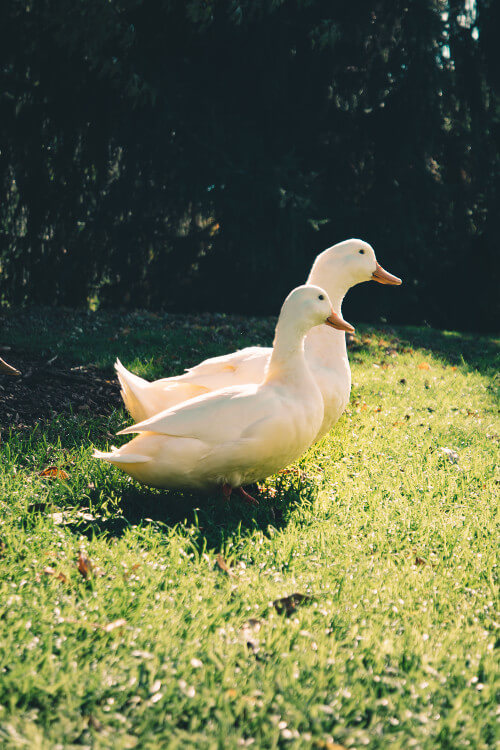 Classically trained French chef Alexis Gauthier has proven that even the fine dining realm could embrace cruelty-free foie gras. Last May, he teamed up with PETA and video producers BOSH! to showcase how a blend of lentils, walnuts, and shallots that delivers the same texture and flavor as the traditional food.

Anderson is not alone in taking a stand against foie gras; in September, vegan actor Thandie Newton partnered with Animal Equality to call for a full UK ban on the food after Brexit. She said in a statement, “The UK’s departure from the European Union allows the unique opportunity for Parliament to meaningfully depart from the grotesque foie gras industry. The law should reflect that if it’s too cruel to produce here, we shouldn’t welcome cruelty from elsewhere.”

Ramsay is not the first celebrity Anderson has written to in a bid to inspire positive change. In the past, the activist wrote to the reality TV star Kim Kardashian and U.S. First Lady Melania Trump, asking them to ditch fur. Her efforts were successful, with both women swearing off the material. In May, Kardashian named faux fur her “new thing.”

Anderson doesn’t just write to celebrities; she consistently advocates for veganism and environmentally-friendly living across all of her social media accounts and regularly does TV interviews to encourage viewers to adopt a plant-based diet. In July, she also used her platform to speak out about plastic pollution. “We need to use what we have – and consume no more plastic,” she wrote on Twitter. “The plastic take away container even if full of vegan food is still not good enough.”