For most consumers, there is no season in which ice cream should not be eaten. The global ice cream market will surpass $78 billion by 2025, and a big spike in that growth is coming from the booming nondairy ice cream segment. The latest brand to toss a spoon into the pint, vegan chocolate brand Pana Chocolate is launching a new range of dairy-free ice cream ahead of Australia’s summer season.

“It’s here and you won’t believe how good it tastes until you try it!” the company said on its Instagram page. Available in Mint Chocolate Chip, Salted Caramel, and Vanilla Bean flavors, the dairy-free ice creams are now being sold at Coles Supermarkets.

The Australian company, known for its organic, handmade chocolate, is expanding its range to make this summer even more special for its Aussie customers. All of its products are free from dairy, soy, gluten and refined sugar. The company previously launched a limited edition range of vegan Choc Tops; these were so popular, the company decided that a permanent ice cream range was thought necessary. 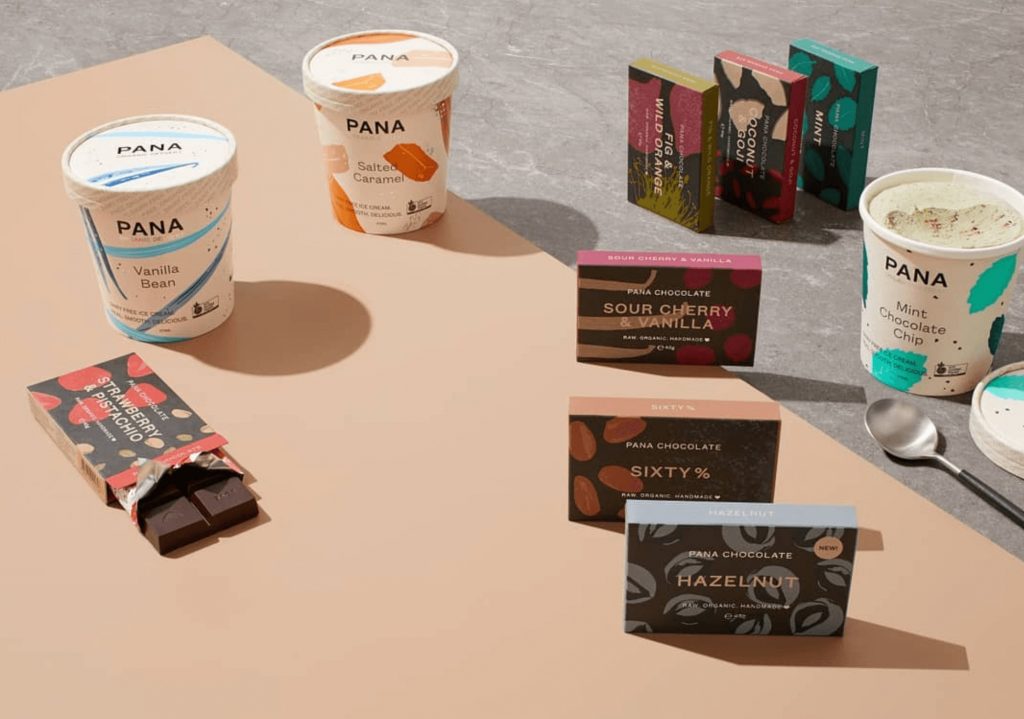 Vegan ice cream is taking the world by storm, as more and more retailers acknowledge its permanent right of place in our freezers. Last month, internationally renowned brand Magnum announced the launch of its first-ever range of dairy-free ice creams. A brand of this repertoire’s foray into vegan ice cream is indicative of the monumental shift in consumer trends, with dairy-free products more in demand than ever.

Consequently, not only are major brands like Ben & Jerry’s developing dairy-free ice cream, but companies are actually helping customers get their hands on them. Häagen-Dazs has made it easier than ever for American vegan sweet tooths to find their favorite flavors of ice cream, adding its non-dairy range to its ice cream flavor locator.

In the UK especially, the vegan ice cream industry is booming. One vegan ice cream van in the country, run by animal rights organization Viva!, recently struggled to keep up with demand whilst it journeyed to several different counties. The van was part of an evidently popular campaign to show the British public how delicious nondairy ice cream is, while also raising awareness of the inherent cruelty of the dairy industry.