Founded in April this year when Las Vegas couple Monica and Anibal Flores came across a food cart for sale, Phyto’s Vegan Eats aims to retain the familiarity and nostalgia of familiar food. According to Monica, this can be lost when people transition to a plant-based diet. 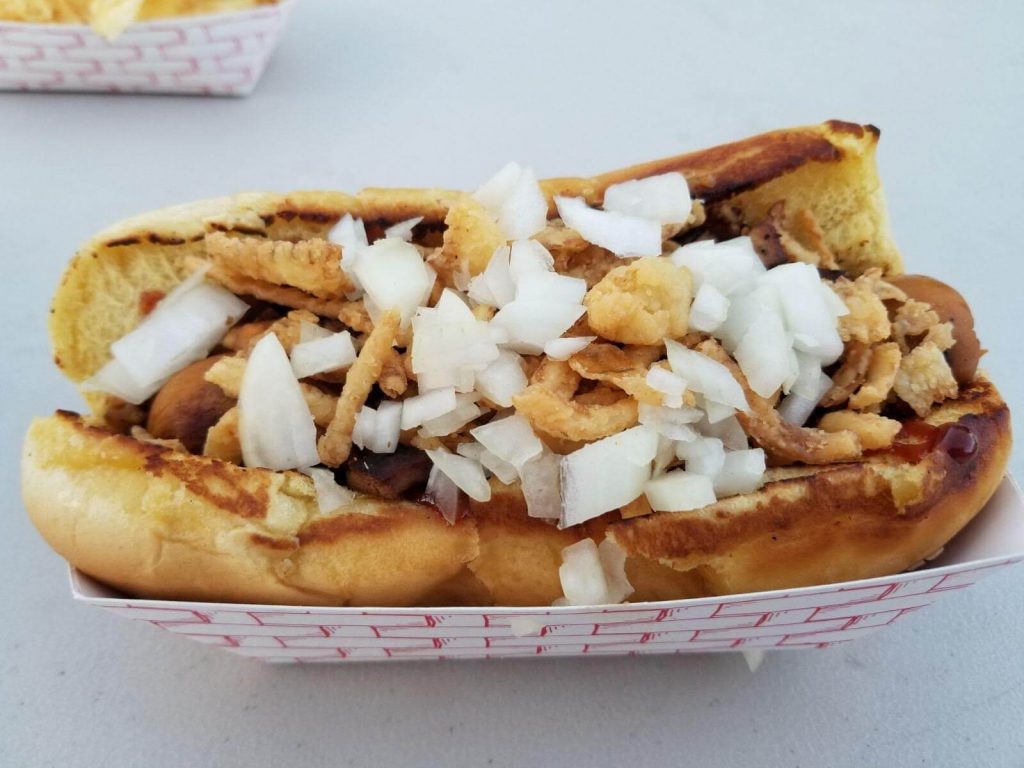 Whilst the number of vegan eateries in Las Vegas is up by 400 percent since 2016, vegan-friendly street food carts, notes Monica, are still hard to come by.

“It is very rare as a vegan to be able to walk to a street cart and order vegan food and we want to change that,” she said. “It’s a simple comfort food that people of all ages enjoy whether vegan or non-vegan and we are so happy to be able to bring something like this to such a loving and supportive community.”

The company, which debuted at this year’s Vegas VegFest, has big plans for the future. The pair hopes to one day open a restaurant; Anibal, a professional cook of seven years, hopes to introduce dishes like shepherd’s pie, ramen, tacos, curries, and pizza to Phyto’s Vegan Eats menu once the duo has a kitchen to work from. However, in the meantime, the duo is committed to “selling hot dogs and making them as creative as possible.”

The meat-free hot dogs are available in three varieties: the jalapeno-spiked El Guey topped with pico de gallo, bacon, jalapeños, and avocado mayo; the bacon-topped Crispy Cowboy served with crunchy onions and BBQ sauce; and the Korean-inspired Kimchi Kool with furikake, Hoisin sauce and Sriracha mayo. A do-it-yourself option is also available, enabling customers to loads their dog with toppings like crushed chips, avocado mayo, crispy onions and a range of relish.