Former make-up artist to the stars, Carrie Jones, has opened a new vegan make up studio in Liverpool. Carrie, who is used to hanging out with the likes of pop royalty P!nk, DJ Calvin Harris and fashion forward Gok Wan, has now turned her skilled hand to cruelty-free cosmetics.

Named Unpretty, Carrie said her new project is all about creating confidence and encouraging people to find their own look and style without causing harm to anyone, especially not animals. She said to the Liverpool Echo ‘It’s all about enhancing natural beauty and promoting individuality while also keeping vegan and cruelty free; and it’s about people finding their own version of ‘pretty’. 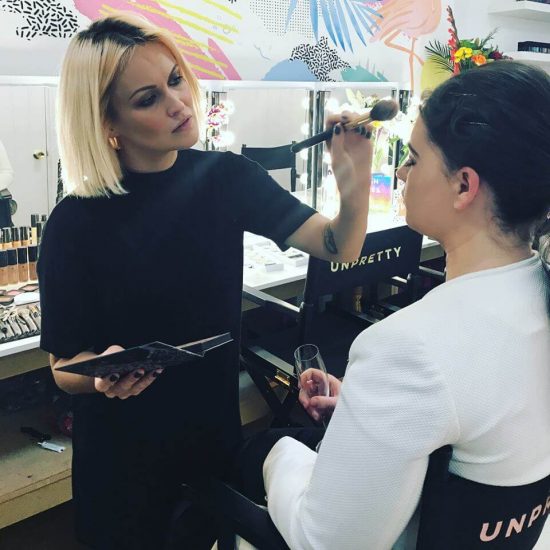 The studio will also support many vegan brands that are new to Liverpool, in a series labeled UnprettyX.

The last few months have seen promising steps from the beauty industry to stand up against animal testing, with veggie market giant Lush donating $434,000 to end animal testing. Major brands such as Marie Claire, Sephora and Angelina Jolie’s fave, Hourglass, have also all taken steps to embrace veganism.

New make-up studios like Unpretty prove that you don’t need to cause harm to animals to pamper yourself. But if you remain unconvinced or you simply want to sample Carrie’s expertise for yourself, you can follow the Unpretty Facebook page, here.