The seasonal fare includes a summer-inspired vegan pizza and a vegan semifreddo dessert. The pizza, Leggera Vegan Giardiniera, is topped with artichokes, mushrooms, red onions, black olives, tomato, dollops of vegan mozzarella, and a drizzling of garlic oil. The new dessert, a Blackcurrant & Limoncello Semifreddo, is the chain’s first multi-component vegan dessert on offer, though the company does already sell vegan-friendly sorbets. The layered dessert includes a gluten-free biscuit base topped with a light yet decadent limoncello liqueur and blackcurrant mousse, set in a pool of fruit coulis and finished with strawberry and fresh mint. 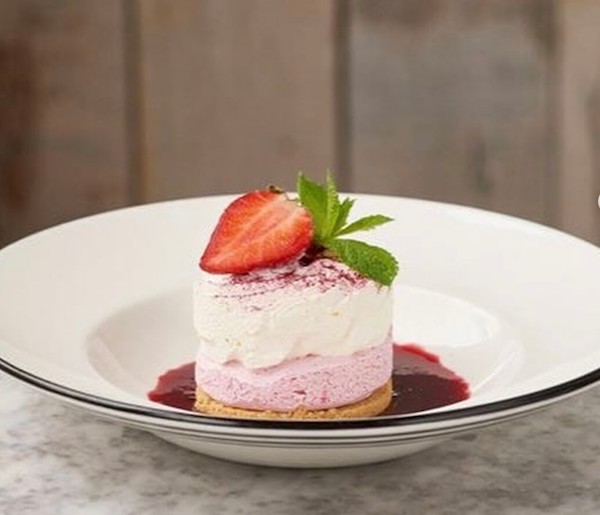 Although these items are new, Pizza Express has been providing vegan options since 2017 by including a vegan mozzarella on its UK menus. Many of the chain’s extensive pizza options are already vegetarian and can easily be veganized by substituting vegan cheese for the dairy-based cheese.

Timothy Love, the Senior Marketing Manager at PizzaExpress told LIVEKINDLY: “Considering that almost a third of all evening meals eaten in the UK are now vegetarian or vegan and over a fifth (22%) of the population is actively choosing gluten-free foods, it’s no surprise to see this consumer behaviour driving restaurant and delivery meal choices.”

He added, “We’ve led the restaurant market, developing a full range of vegan and vegetarian offerings with over 20 toppings to choose from, plus we were early to introduce gluten-free dishes. This innovation is set to continue and we’re delighted to see such positive response to our menu.”

Earlier this year, Pizza Express added vegan pizzas to its menus in Hong Kong as well.

Customers are no longer satisfied with “accidentally” vegan options like sorbet and cheeseless pizza; they are asking for dedicated plant-based menu items that are equally as creative and substantial as the animal-based offerings. Pizza Express is one of many major businesses to cater to this rising demand. Beloved chef, restauranteur, and television personality, Jamie Oliver, has incorporated vegan options into his Jamie’s Italian Restaurants, and carryout pizza giants such as Domino’s and Pizza Hut have also added vegan cheese to their menus in select countries. In the US, chains such as Zpizza, Blaze, Pizza Rev, Fresh Brothers, and several others have all adopted vegan cheese (and vegan meats in some locations). Like Pizza Express, Fresh Brothers also offers vegan desserts – “Sweet Knots” (baked pizza dough rolled in cinnamon sugar and slathered with vegan icing) and Gluten-Free Chocolate Brownies.